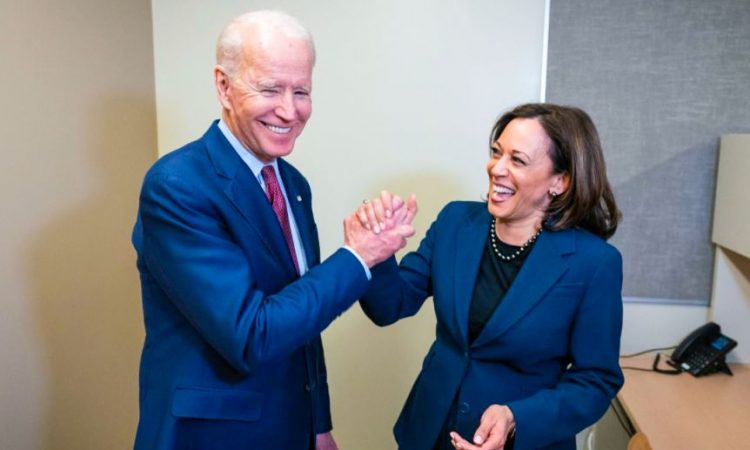 Washington, November 7: Joe Biden on Saturday triumphed over incumbent US President Donald Trump in a divisive, bitter and closely-fought presidential election, to become the oldest man ever elected to the White House.
The 77-year-old former US vice president will become the 46th president of the United States, after a victory in Pennsylvania, the state where he was born put him over the 270 electoral votes needed to win.

With Pennsylvania’s 20 electoral votes, Biden now has a total of 273 electoral votes.
Before becoming the Democratic presidential nominee, Biden served as vice president under former President Barack Obama. He is also Delaware’s longest-serving senator.
Senator Kamala Harris, 56, who is of Indian origin, has become the first ever woman vice president-elect of the United States. She would also be the country’s first Indian-origin, first Black and first African American vice president of the country.
Biden and Harris would be sworn in as the President and Vice President of the country on January 20.
America, I’m honoured that you have chosen me to lead our great country. The work ahead of us will be hard, but I promise you this: I will be a President for all Americans – whether you voted for me or not. I will keep the faith that you have placed in me, Biden said in a tweet after the US media projected him as the winnner of the November 3 election.
“This election is about so much more than Joe Biden or me. It’s about the soul of America and our willingness to fight for it. We have a lot of work ahead of us. Let’s get started, tweeted Vice President-elect Harris.
Biden becomes the oldest man ever elected to the White House. He ran twice unsuccessfully for president – in 1988 and 2008.
Trump, a Republican, was playing golf in Virginia when major media outlets called the race. He is now the first incumbent president to lose reelection bid after George H W Bush in 1992.
Trump, 74, was in no mood to concede the race and declared himself as the winner of the November 3 presidential election.
“I WON THIS ELECTION, BY A LOT!” tweeted Trump.
Counting of ballots is still ongoing in Pennsylvania, Arizona, Nevada and Georgia. Biden has the lead in all the four states, which according to major media outlets is unlikely to be reversed.
“Former vice president Joe Biden is projected to win Pennsylvania and its 20 electoral votes, according to Edison Research, putting him over the 270 needed to win the presidency, The Washington Post reported.
The call came about 11:30 a.m. Saturday (local time), after a report of more counted votes from Pennsylvania.
“Joseph Robinette Biden Jr. was elected the 46th president of the United States on Saturday, promising to restore political normalcy and a spirit of national unity to confront raging health and economic crises, and making Donald J. Trump a one-term president after four years of tumult in the White House, The New York Times said.
Biden’s victory amounted to a repudiation of Trump by millions of voters exhausted with his divisive conduct and chaotic administration, and was delivered by an unlikely alliance of women, people of colour, old and young voters and a sliver of disaffected Republicans. (PTI)