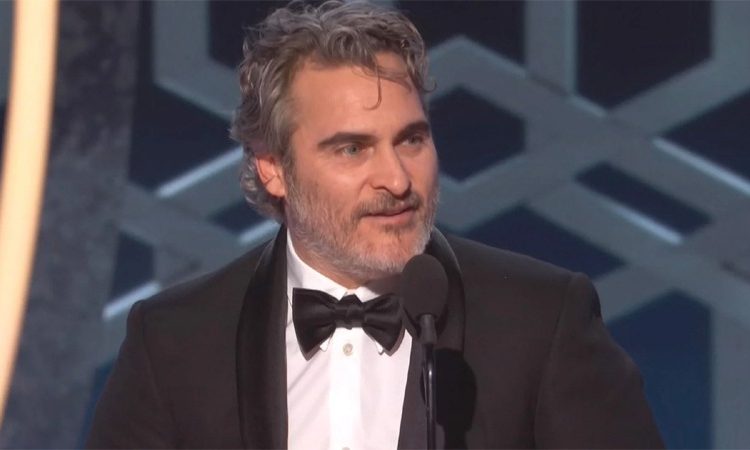 Fresh off his win at the Golden Globes, actor Joaquin Phoenix participated in a climate change protest and was arrested by the police.
The “Joker” star took part in the weekly protests against climate change, started by Hollywood veteran Jane Fonda.
According to Variety, the 45-year-old actor also addressed the crowd of close to 300 people.
In his short speech, he took aim at the meat and dairy industry for being the third leading cause of the climate crisis.
“Sometimes we wonder what can we do in this fight against climate change, and there is something that you can do today and tomorrow, by making a choice about what you consume,” Phoenix said.
“There are things I can’t avoid. I flew a plane here today, or last night rather, but one thing I can do is change my eating habits,” he added.
Besides Phoenix, veteran Hollywood star Martin Sheen also turned up for the protest and got arrested by the police. Actors Maggie Gyllenhaal and Susan Sarandon were also present.
Capitol Police said it arrested 147 people who were charged with crowding, obstructing or incommoding. All the protestors were later released.
Fonda, who was on stage with Phoenix, called him “one of the greatest living actors today”.
She has been protesting weekly as part of her “Fire Drill Fridays” initiative since announcing she was moving to Washington “to be closer to the epicenter of the fight for our climate.” Her participation has ended in multiple arrests.
Earlier this month, Phoenix had talked about climate change at the Golden Globes ceremony, asking Hollywood to walk the talk on the issue.