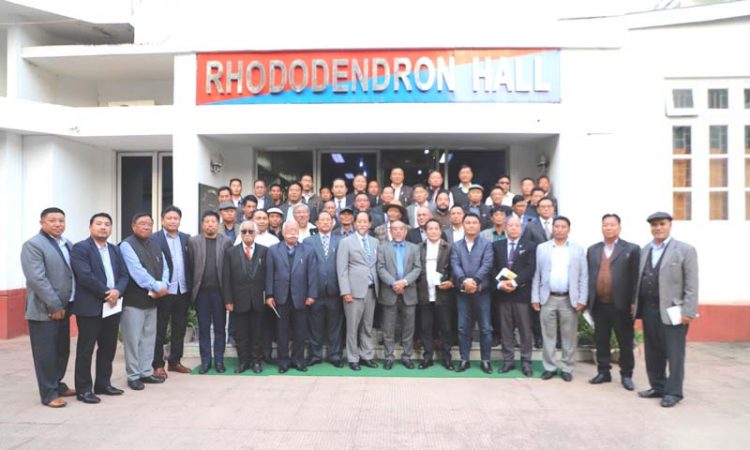 Dimapur, January 30: The Joint Legislators’ Forum (JLF) on Naga Political Issue on Wednesday held a consultative meeting with the Working Committee of the Naga National Political Groups (NNPGs), a conglomeration of seven groups, at the Rhododendron Hall, Police Complex, Chumukedima. The meeting was chaired by Speaker in-charge and chairman, JLF, Zhaleo Rio.
A statement issued by JLF chairman, Zhaleo Rio said the consultative meet was held in a cordial manner with positive deliberations and discussions where the Naga political issue and the ongoing political negotiations between the NNPGs and the Government of India were deliberated.
JLF members including the Chief Minister and Leader of Opposition welcomed the positive response of the Working Committee and also acknowledged the role and sacrifices made by the NNPGs.
The deliberations and discussions were unanimous keeping in mind that the political negotiations needs to be expedited with sincerity and commitment by both the parties for an honourable and inclusive solution as early as possible in order to pave way for lasting peace, progress and prosperity, the JLF said.
The statement said the JLF will continue to reach out to the other Naga Nationalist groups for consultation before meeting the leaders and representatives of the Government of India as per resolution adopted by JLF with 60 members house on January 21 last. (Page News Service)