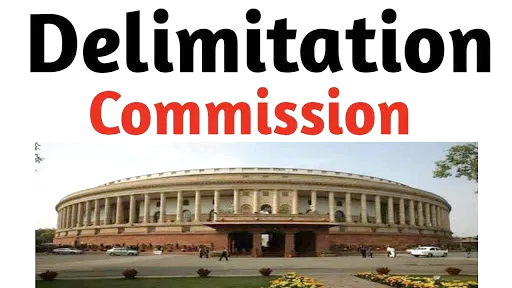 SRINAGAR, July 9: At the end of their 4-day visit to J&K, the Delimitation Commission on Friday termed the process as complex issue and not a mere arithmetic.

Addressing a press conference in jammu and virtually in srinagar, the Commission members disclosed that process will be completed in a very transparent manner and the final draft put in public domain for objections and queries after associate members are consulted.
After having threadbare discussions with the J&K’s political parties, civil society groups and NGO heads, the members of the commission, however, hinted at giving due representation to the people belonging to Scheduled Tribe and Scheduled Cast groups in the J&K UT in the newly constituted Assembly.
Sushil Chandra, Chief Election Commissioner of India, who is the Ex-officio member of J&K Delimitation Commission said: “In the past four days, the commission met 290 groups in Srinagar, Pahalgam, Kishtwar and Jammu. There was an overwhelming response and people travelled from long distances to meet us. We listened to every delegation patiently.”
He said that the delimitation process “in J&K is very complex issue and not just mere arithmetic.”
Chander said that J&K officials provided them with the details of last available census, that is 2011, patwar halqas and the district areas, population figures etc. “In the last census done in 2001, there were only 12 districts and the number of districts has now gone up to 20.
Similarly, there were only 58 tehsils, which at present are 270. We could observe that there is a huge administrative overlapping of patwar halqas due to which people are facing huge inconvenience,” he said.
He said that they did not only meet political leaders, but civil society groups, lawyers, individuals, tribals, local bodies leaders and heads of NGOs too.
“We are quite happy to see great participation in the process. I would say that difficult terrain wasn’t acknowledged in the earlier delimitation done in 1995. Population has to be the main criteria for delimitation but priority will be also the area, geography, topography and also the communication facilities of the areas,” he said.
Assembly seats in J&K were delimited in 1963, 1973 and 1995. The last exercise was conducted by the Justice (retired) K K Gupta Commission when the state was under President’s Rule and was based on the 1981 census, which formed the basis of the state elections in 1996. There was no census in the state in 1991 and no Delimitation Commission was set up by the then state government after the 2001 census as the J&K Assembly had passed a law putting a freeze on the fresh delimitation of seats until 2026.
“We will keep in mind the census of 2011. As per the delimitation act, we have to go by the latest census available,” he said. However he added that the Act guarantees due representation to the SC and ST categories.
To a query that PDP chief Mehbooba Mufti has alleged that the draft for delimitation process is already prepared, Commission head Retd. Justice Ranjana Prakash Desai said that she assures that the exercise will be transparent in nature and there should be no fears and doubts.
Ex officio member of the commission Chander further said that they got the feedback and a draft will be prepared and the same will be put in the public domain before consultation of the associate members of the commission to get their views soon, he said.

The commission had arrived in Srinagar on July 6 as part of the four-day long visit aimed at meeting various political parties and civil society groups as part of its feedback mission. (Agencies)