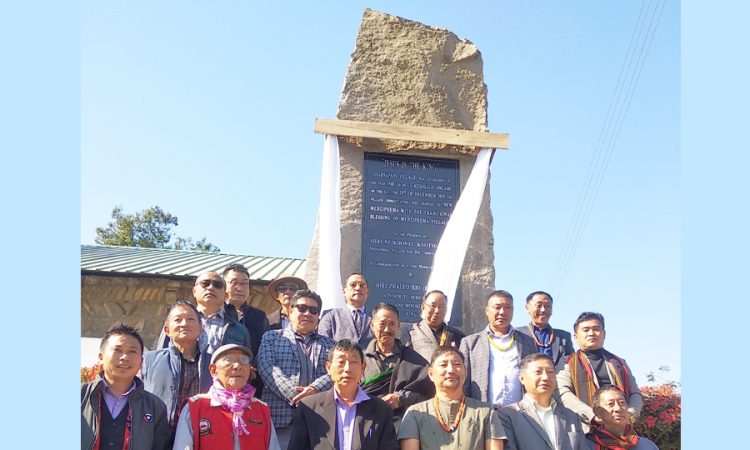 Speaking as the special guest of the day, Zhaleo expressed appreciation to the people whose united efforts have brought about positive change through coordinated, mutual understanding with Medziphema village and urged everyone concerned to continue the legacy for a brighter future.
On the change of nomenclature, he noted that “the change from Jharnapani to New Medziphema may be over traditionally according to customary practices”, but that “leaders should expedite and pursue official procedures so that it is recognized by the government in letter and spirit.” Rio opined that the change of nomenclature will definitely bring people closer to each other and pave way for more progress and developments.
In his address to the youths, Rio challenged young people to utilize the newly constructed rostrum and youth office to the optimum and at the same time maintain the properties with dedication so that the village can be role model for all to see.
Zhaleo stated that he sanctioned some amount for construction of council hall and rostrum under LADP scheme but that “all credit goes to the villagers and especially, Rokolhu Angami, Director, Naagaamii Infratech Pvt. Ltd., for bearing the brunt of expenses for the welfare of our village”.
On Covid-19, Rio asserted that “the virus is here to stay” and advised everyone to strictly adhere to given guidelines and SOPs which includes washing of hands and use of sanitizers, wearing face masks and keeping a distance of 6 feet from others.
Earlier, both Dosau Kuotsu, former president, CPO, and Sier Kuotsu, Head GB, Medziphema Village, delivered speeches on the formation of Jharnapani and its consequent years of foundation.
The inaugural ceremony was chaired by RD Angami, secretary, Khanakhurü (Jharnapani) Village Council, while Kevilhoukho Kehie, Pastor, Baptist Church, Khanakhurü, invoked God’s blessing and Mesehol Kweho delivered the vote of thanks.
(Page News Service)