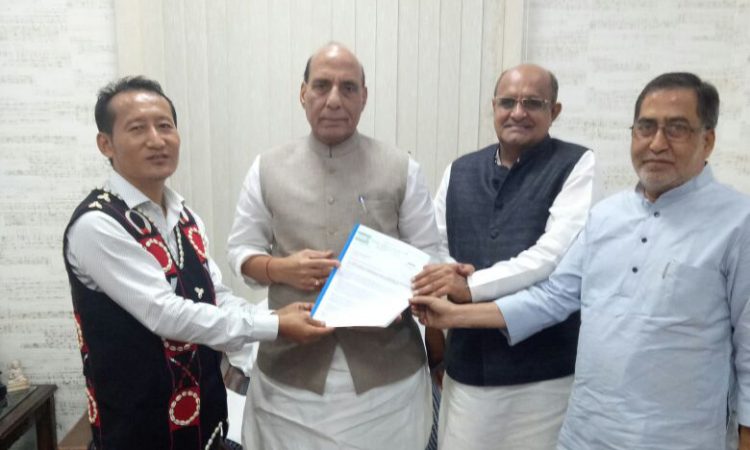 Dimapur, August 3: The Janata Dal (United) Nagaland has appealed to the Prime Minister of India to convene a special session of Parliament for honourable, acceptable and inclusive solution of the Indo-Naga political issue without further delay.
In a representation to the Prime Minister, submitted through Union Home Minister today, the JD(U) stated that successive governments at the Centre attempted to resolve the protracted Indo-Naga issue that led to entering into ceasefire agreement in July 1997, August 2001 and then onwards, negotiation is on with the Naga national leaders for the last 21 years. It said a Framework Agreement and a ‘Preamble’ was inked on August 3, 2015 and November 17, 2017 with the NSCN (IM) and NNPGs respectively.
However, it said no tangible result has come out as expected by the Naga people despite Prime Minister’s declaration of resolving Naga issue within 18 months and resolved declaration post signing ‘Framework Agreement’ in the international forum.
The representation signed by JD(U) Nagaland president, Senchumo (NSN) Lotha and general secretary, Kitoho S Rotokha also went in detail about the Naga political issue and how the founder of Janata Party Jayaprakash Narayan, who was a member of Peace Mission formed in 1964 travelled to length and breadth of the state and studied the rationale behind the Naga movement for independence.
It stated that honouring the footstep of its founder father, Jayprakash Narayan and his love for the Naga people, the JD(U) staged a dharna at Delhi in support of honourable and inclusive solution to the Naga issue on July 9 this year.
(Page News Service)