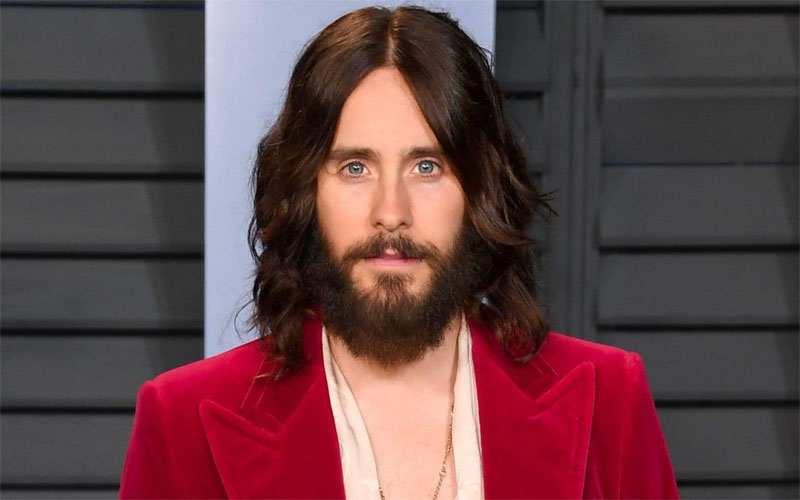 Jared Leto has been left stunned after emerging from a 12-day desert retreat to discover the spread of coronavirus has now become a global pandemic.
The 48-year-old Oscar winner was shocked to learn that much of the world was taking extreme measures to fight COVID-19, with countless people self-isolating at home.
The Hollywood star shared his thoughts on social media shortly after being reunited with his smartphone.
Jared shared a tweet thread with his shock upon rejoining the world, as well as an identical text post shared to Instagram.
‘Wow. 12 days ago I began a silent meditation in the desert. We were totally isolated. No phone, no communication etc. We had no idea what was happening outside the facility,’ he began.
‘Walked out yesterday into a very different world. One that’s been changed forever. Mind blowing – to say the least. I’m getting messages from friends and family all around the globe and catching up on what’s going on.
The 30 Seconds to Mars frontman ended his thread with some simple words of advice.
‘Hope you and yours are ok. Sending positive energy to all. Stay inside. Stay safe,’ he wrote.
Jared’s 4.3 million Twitter followers wouldn’t have known that he was incommunicado, as he had multiple tweets scheduled to post while he was silently meditating.
Since he left, multiple major American cities have canceled or recommended canceling most crowded social and entertainment events, and many people have been practicing social distancing in order to limit the spread of the coronavirus.
Luckily, it doesn’t seem to have affected the Blade Runner 2049 star’s music at all. His next performance with his long-running band is a four-day festival in Croatia in August featuring two performances, though it’s still unclear if the global pandemic could affect dates that far away.
The opulent single-band festival will set attendees back anywhere from $1,649 plus fees for a three-day pass to $7,149 plus fees for a four-day all inclusive VIP package.