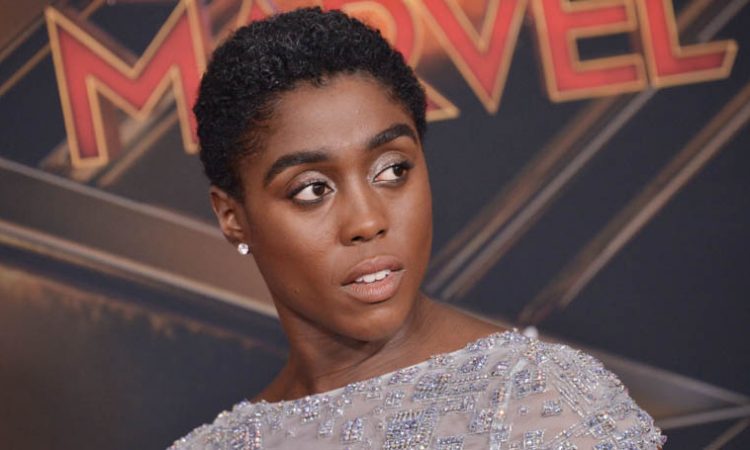 The next James Bond film is reportedly set to include a massive change for the long running spy series – a woman playing 007.
There has been much debate as to who will replace Daniel Craig, after he announced he was stepping down following the forthcoming 25th Bond movie.
While that decision has yet to be made – or at least not made public – Fleabag writer Phoebe Waller-Bridge has apparently still found a way to shake thing up. Potential spoilers ahead!
According to the Mail on Sunday, the as-yet untitled ‘Bond 25’ will see British actress Lashana Lynch become the next 007.
Lynch enjoyed a breakthrough role as the fighter pilot Maria Rambeau in Captain Marvel, as part of Marvel’s blockbuster superhero series.
The paper says Lynch will not be the next Bond but will be a secret agent taking on the iconic 007 code number after Bond leaves MI6.
A film insider told the Mail on Sunday the big reveal will be a “popcorn-dropping moment”.
According to the source, Bond will be retired and living in Jamaica but there is a ‘global crisis’ and spymaster M, played by Ralph Fiennes, turns to the legendary spy for help.
The source continued: “There is a pivotal scene at the start of the film where M says ‘Come in 007’, and in walks Lashana who is black, beautiful and a woman.
“It’s a popcorn-dropping moment. Bond is still Bond but he’s been replaced as 007 by this stunning woman.”
Waller-Bridge is determined to bring the franchise up to date and is tackling a number of ‘issues’ she felt existed with Bond.
“There’s been a lot of talk about whether or not Bond is relevant now because of who he is and the way he treats women,” she says.
“I think that’s b*******. I think he’s absolutely relevant now. [The franchise] has just got to grow.
“It has just got to evolve, and the important thing is that the film treats the women properly. He doesn’t have to. He needs to be true to his character.”