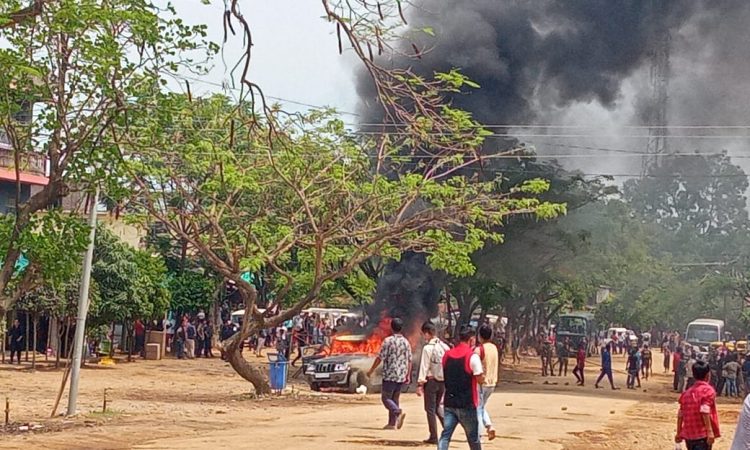 A resident of Jalukie town told Nagaland Page that the protestors were members of United Zeliangrong Youth Federation (UZYF) enforcing an indefinite bandh on functioning of Government offices and movement of Government vehicles.
The federation is demanding punishment of those involved in the March 22 killings, and suspension of the police commander posted in the disputed area.
According to the source, there were two occupants in the car — the driver and the cook at the ADC’s residence. The occupants were not harmed, the source added.
They were reportedly going to the market when the protestors caught them in the heart of Jalukie town. The UZYF has been enforcing the ban since April 13.
The source said that there were reports of sightings of another movement of a vehicle on the evening of April 13 despite of the ban. “This added fuel to the anger among the protestors and unfortunately, today the ADC’s vehicle was caught,” added the source.
Curfew in Peren
Following the violent turn of event on Wednesday, the Deputy Commissioner of Peren, Sentiwapang Aier has clamped Section 144 of the CrPC with immediate effect, prohibiting assembly of more than 5 persons and carrying of any lethal weapons and arms in specific areas.
The curfew will be applicable at Jalukie town and adjoining areas; Peren District HQ/Kejanglwa-Jalukie-Peren tri-junction to Mhainamtsi-Dimapur-Kohima tri-junction; and from Samziuram village gate towards Jalukie town.
In the order, the DC observed that the violence has become a threat to public peace and tranquillity.
12-hr shutdown of Peren district
To protest what it stated was the “highhandedness of district administration for clamping 144 CrPC”, the UZYF has announced a 12-hour shutdown of Peren District, from 6 am to 6 pm on April 15 (Thursday).
Exemptions from the purview of the bandh have been made for medical and emergency services, para military and security forces, schools operating as HSLC/HSSLC exam centres, examinees and district administration officials on duty.
Till the filing of this report, the Peren district administration was having a meeting.
(Page News Service) 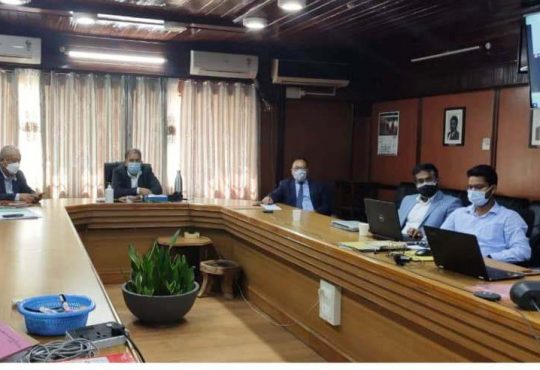