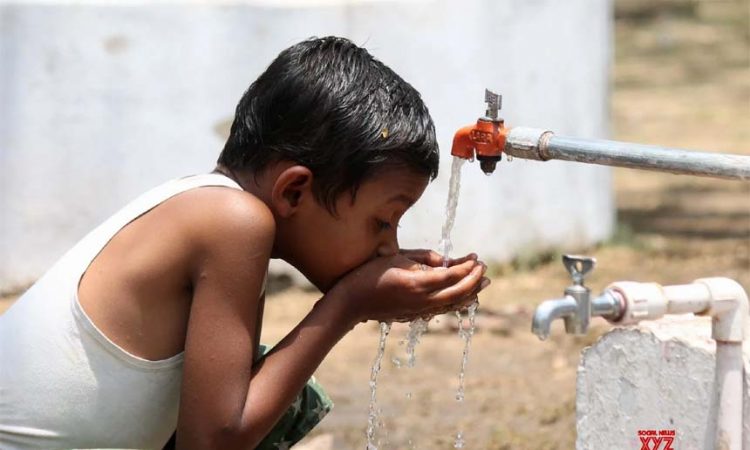 New Delhi, May 25: The Centre has released a grant of Rs 1,605 crore to the Northeastern states under the Jal Jeevan Mission (JJM) to provide 11 lakh tap water connections in 2021-22, the Jal Shakti ministry said on Tuesday.
This is the first tranche of the four to be released in this financial year.

“With the focus on faster development of North Eastern (NE) states, Government of India released Rs 1,605 crore to eight Northeastern states for the implementation of JJM to provide tap water supply to rural homes in the financial year 2021-22,” the Jal Shakti ministry said.
During the financial year 2021-22, Rs 9,262 crore have been allocated as central grant for NE states under the Jal Jeevan Mission. The enhanced allocation as well as release of funds at this challenging time to provide tap water connections to rural homes in northeastern states will boost the economy of the region, it said.
Out of the central fund allocated under the JJM, 93% is to be utilised on developing water supply infrastructure, 5% on support activities and 2% on water quality monitoring and surveillance activities.
The central funds are released based on the output in terms of tap water connections to be provided in the states/UTs and the utilisation of available central and matching state share.
The states have to transfer the central fund released along with a matching state share to the single nodal account within 15 days of release of the central fund.
The states have to make provision for matching state share and ensure that there is no shortage of funds to the implementing agencies. Proper expenditure plan prepared so that expenditure is evenly spread throughout the year.
There are about 90 lakh rural households in all the northeastern states, with a maximum 63.35 lakh in Assam.
In 2020-21, about 11 lakh new tap water connections will be provided in all these states.

“As of today, 16.27 lakh households (18%) in the region are getting tap water supply in these states in comparison to 3.2 lakh (3%) households on 15 August, 2019, when the Prime Minister announced the Jal Jeevan Mission,” it said.
The Centre has allocated Rs 50,000 crore to the Jal Jeevan Mission which aims to provide tapped water connections to all rural households by 2024. (PTI)