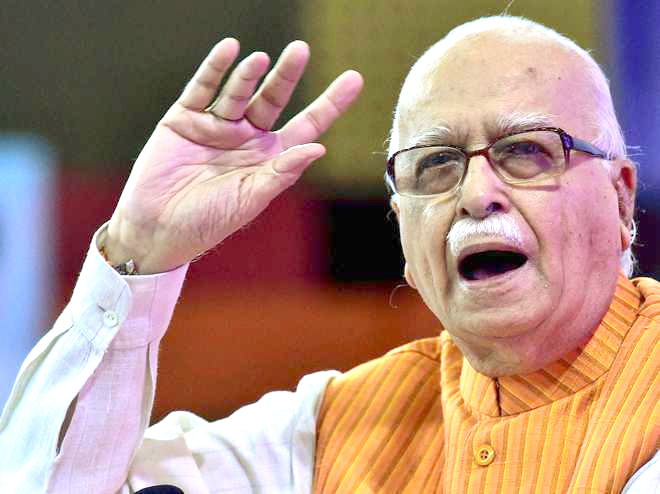 New Delhi, September 30: Veteran BJP leader LK Advani, who was acquitted by a special CBI court on Wednesday in the Babri mosque demolition case, welcomed the court verdict by chanting ‘Jai Shri Ram’, and said it came in “footsteps of another order which paved the way for my dream of seeing a Ram Mandir in Ayodhya”.
Advani, who was the face of the Ram Janambhoomi Movement in 1992, was acquitted along with all other 31 accused in the case.
“It is a very important decision and a matter of happiness for us. When we heard the news of the court’s order, we welcomed it by chanting Jai Shri Ram,” Advani said in a video message.
Later in a statement, he said the “judgement came in footsteps of another verdict which paved way for my dream of seeing a Ram Mandir at Ayodhya”.
After the court verdict, the 92-year-old BJP leader came out and greeted the media, gathered outside his house, by chanting the slogan of “Jai Shri Ram”.
He was seen watching the news in his residence while sitting with his family members and his daughter Pratibha Advani, who was holding his hands.
The case relates to the razing of the disputed structure in Ayodhya on December 6, 1992. (PTI)