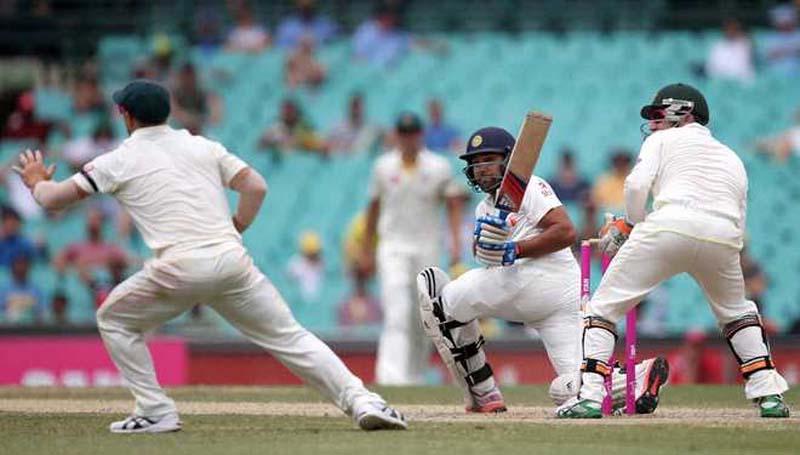 Melbourne, May 28: Ending weeks of speculation, Cricket Australia on Thursday confirmed that India will make the trip Down Under starting October this year for a financially critical assignment comprising four Tests, ODIs as well as T20 Internationals.
Cricket Australia announced the much-anticipated resumption of the game after the COVID-19 pandemic with a six-month home summer schedule, which will begin with a tour by Zimbabwe for a three-match ODI series from August 9.
India will tour the country for a T20 series, which will begin on October 11 at Brisbane followed by matches on October 14 (Canberra) and October 17 (Adelaide), the CA posted on its official website.
This is to be followed by the T20 World Cup, the likelihood of which going ahead is slim owing to the pandemic. The CA did not even mention the event in its official schedule unveiled on Thursday.
After the T20s, Virat Kohli’s men will return for a four-Test series, beginning on December 3 at Brisbane. India are then scheduled to play a day/night Test, as committed by BCCI President Sourav Ganguly, from December 11 to 15 in Adelaide.
The second and fourth Tests will be held in Melbourne (December 26-30) and Sydney (January 3 to 7).
The series is crucial financial health of CA, which has had to stand down staff to handle cost of operations in the wake of the pandemic. According to reports, CA stands to earn up to 300 million Australian dollars from the tour by India.
The ODI series is scheduled to begin with a match on January 12 in Perth and it will be followed by contests on January 15 (Melbourne) and January 17 (Sydney).
“We are working closely with the BCCI to deliver the eagerly anticipated men’s and women’s tours, and we are looking forward to staging the important series against both the men’s and women’s New Zealand sides,” Kevin Roberts, Cricket Australia CEO, said in a statement.
The India women’s team will also travel to Australia for an ODI series with matches scheduled in Canberra (January 22), St Kilda (January 25) and Hobart (January 17).
Roberts hinted that if circumstances dictate, there could be changes in the schedule which also features series against New Zealand (both men and women), West Indies and a one-off Test against Afghanistan (November 21-25).
“…but we’ll be doing everything we can to get as much international cricket in as possible this summer. We will communicate any changes to the schedule if or when they are required,” he added.
Cricket Australia also said that it will continue to act in accordance with public health advice and government protocols to ensure the safety of the public, players and support staff.
“Australian cricket will survive and thrive after the coronavirus pandemic dissipates, just as we have after world wars, depressions, recessions and the many other challenges that have confronted us over the past 140-plus years,” he added.
Australia’s schedule against India:
Men’s T20 International Series:
First T20: October 11, the Gabba, Brisbane
Second T20: October 14, Manuka Oval, Canberra
Third T20: October 17, Adelaide Oval