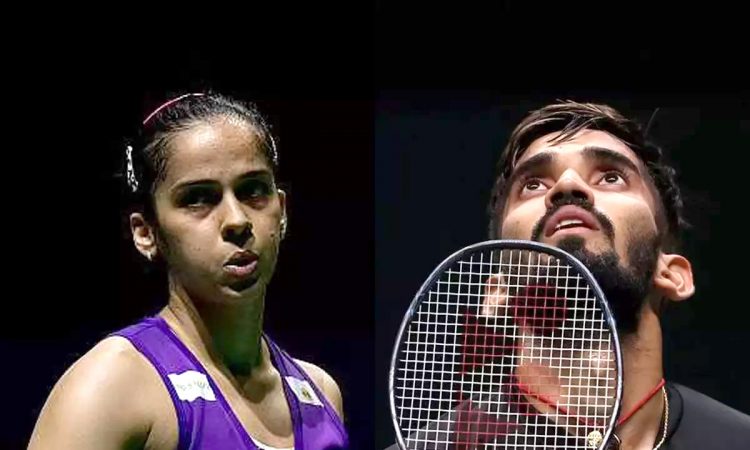 HYDERABAD, May 28: It’s official now. Saina Nehwal and Kidambi Srikanth will not be part of the Indian squad for the Tokyo Olympics. The Badminton World Federation (BWF) said that the qualification period officially closes on June 15 and there will be no more qualifying events before that deadline.

“The Badminton World Federation (BWF) can confirm no further tournaments will be played inside the Tokyo 2020 Olympic Games qualifying window.
“As such, while the qualification period officially closes 15 June 2021 as per the Revised Tokyo 2020 Qualification System, the current Race To Tokyo rankings list will not change. Invitations will be sent shortly with final participation lists and seedings to be published at the conclusion of this process,” the BWF release said.
London Olympics bronze medallist Saina is ranked 22 in the Road To Tokyo rankings. A player needs to be in the top-16 of ranking before June 15. With this, only PV Sindhu qualified from India in the women’s singles category while Sai Praneeth will be the lone Indian in the men’s singles.
Men’s doubles pair of Satwiksairaj Rankireddy and Chirag Shetty will play in their first Olympics. In all, only four Indian shuttlers qualified for the premier event.
Srikanth, who is at No.20, had also failed to make the cut.
BWF secretary general Thomas Lund said that the qualification process is in effect closed.
“The Olympic qualification process is in effect closed as there are no additional opportunities for players to earn points.

“However, we still need to receive confirmations from National Olympic Committees and Member Associations, followed by any possible reallocations, and this will take a number of weeks to complete.”
The deadline for Tokyo 2020 Sport Entries is 5 July 2021. (TNN)