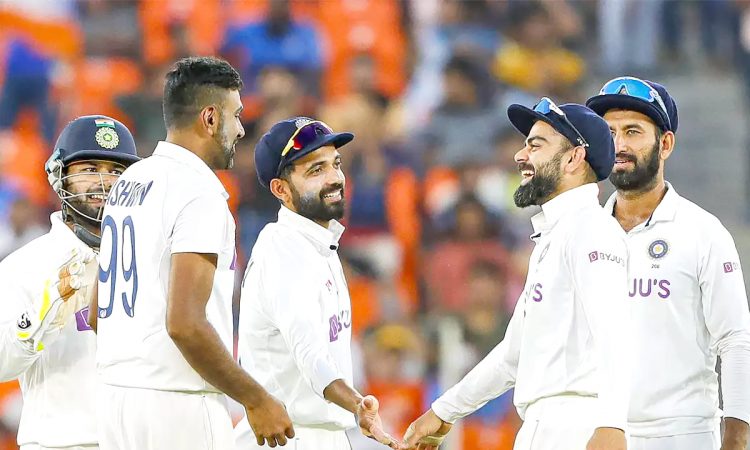 NEW DELHI, March 2: Brimming with confidence, after winning back-to-back Test matches, Team India will aim for another superb show when they take on a beleaguered England in the fourth and last Test at the Narendra Modi Stadium in Ahmedabad.

THE 2012-13 TEST SERIES TRIUMPH
Compton was part of the victorious England Test team which travelled to India in 2012-13. That series remains the last Test series India lost at home. The Alastair Cook-led England team lost the opening Test in Ahmedabad by 9 wickets and then made a remarkable comeback to win the second Test (in Mumbai) by 10 wickets and then the third Test (in Kolkata) by 7 wickets. The fourth and final Test in Nagpur ended in a draw and England lifted the trophy with a 2-1 series scoreline.
Compton played all 4 Tests in the series and scored 208 runs at an average of 34.67.
“It was a great experience. It was my first Test series. So, for any aspiring cricketer, to go to India, a place that has a big cricketing history, a huge fan base, was a dream come true. For a traveling cricketer, it represents one of the biggest challenges because the conditions were different. Facing the world-class spinners, playing with players, and representing a star-studded England cricket team was a big big thing for me. The team had been very successful. There had been a couple of changes after Andrew Strauss had retired. And there was a new captain in Alastair Cook. He was amazing. There were some outstanding players. So, for me, it was a great opportunity to play with some of these guys,” Compton recalled.
Compton also highlighted the big difference between the 2012 England side and the current English team which is touring India.
“The big difference is the experience of the team. England have quite an inexperienced batting lineup. The quality of spin is not as good as it was in 2012. I think the key to England’s success in 2012 was that we had a very experienced batting lineup. We had two world-class spinners. And of course, James Anderson is a world-class bowler. Your seam attack is less important in India because you’re not going to take wickets with seam but you still need someone who can do the job. So, if you talk about the makeup of the team, we had a much more experienced team,” he said.
On being asked what his best memory against India is, the former England cricketer said: “It was hitting the winning runs in Mumbai, leveling the series. It reminded me of India when they got to 50 without loss and won the Test match in Ahmedabad (third Test of current series). We also needed 50 plus runs, in Mumbai, to win that Test. It was nice to go out there and win confidently. And my mother was at the Test match and it was just a really nice moment to be there with Alastair Cook and win that Test match. And hearing the Barmy Army sing your song. To win a Test match in India was a big achievement. And obviously, winning the Test series at Eden Gardens in the next Test match and go 2-1 up was a big and further highlight.”
“India has always been a country I feel very passionately about and I look forward to coming back again,” he signed off. (Courtesy: ToI)