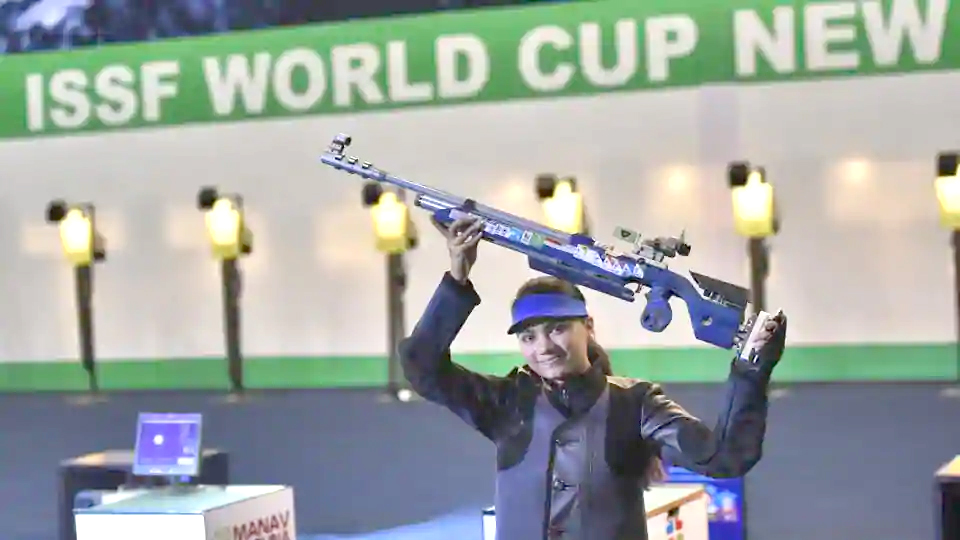 New Delhi, February 23: Indian shooter Apurvi Chandela on Saturday made the country proud by clinching a gold medal in the Women’s 10 metres Air Rifle event at the International Shooting Sport Federation (ISSF) World Cup at Dr. Karni Shooting Range in New Delhi.
The 26-year-old, who competed along with seven other shooters in the final, shot a total of 252.9 points to not only take the top honors but also break a world record.
While Zhao Ruozhu (251.8) of China finished at the second spot to bag silver, her countrywoman Xu Hong take back home the bronze medal after finishing with 230.4 points.
With the win, Chandela has picked her third individual medal at a World Cup stage. She had settled for a silver in 2015 World Cup in Changwon before clinching silver in the same year.
Earlier, Chandela became the lone Indian shooter to qualify for the finals after making a fourth-place finish with a score of 629.3. She had ended the qualification stage behind Singapore’s Ho Xiu Yi (629.5) and the Chinese duo of Zhu Yingjie (630.8) and Zhao Ruozhu (634.0).
Anjum Moudgil and Elavenil Valarivan, the other two Indians in the fray, made a 12th and 30th-place finish with their respective scores of 628 and 625.3.
(ZeeNews)