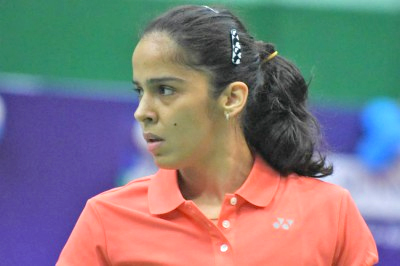 NEW DELHI, September 13: Indian badminton star Saina Nehwal on Sunday raised concerns about the timing of next month’s Thomas and Uber Cup, asking whether it would be safe to go ahead with it in the middle of a raging pandemic.
Nehwal tweeted her apprehensions following the withdrawal of seven countries from the tournament due to the rising COVID-19 cases across the globe.
“7 countries have withdrawn from tournament cause of the pandemic…Is it safe enough to conduct this tournament during this time ??… (Thomas and Uber Cup 2020) #coronavirus,” she tweeted.
Scheduled to be held in Denmark from October 3 to 11, the Thomas and Uber Cup will mark the resumption of international badminton after it came to a halt in March because of the dreaded virus.
Countries that have withdrawn include Korea, Thailand, Indonesia, Australia, Taiwan, Singapore and Hong Kong.
India’s build-up to the event has also been hit by the pandemic. A proposed preparatory camp in Hyderabad had to be cancelled after players refused to accept the quarantine conditions set by the Sports Authority of India (SAI).
The Indian challenge will be spearheaded by reigning world champion PV Sindhu, who had pulled out initially citing personal reasons but was convinced to reverse her decision by the federation.
However, world bronze-winner B Sai Praneeth has decided to give it a miss due to a knee injury.
The Badminton World Federation, which has repeatedly rejigged the international calendar due to the pandemic, said participants at the tournament will not have to undergo quarantine after landing in Denmark if they had a negative COVID-19 test report. (PTI)