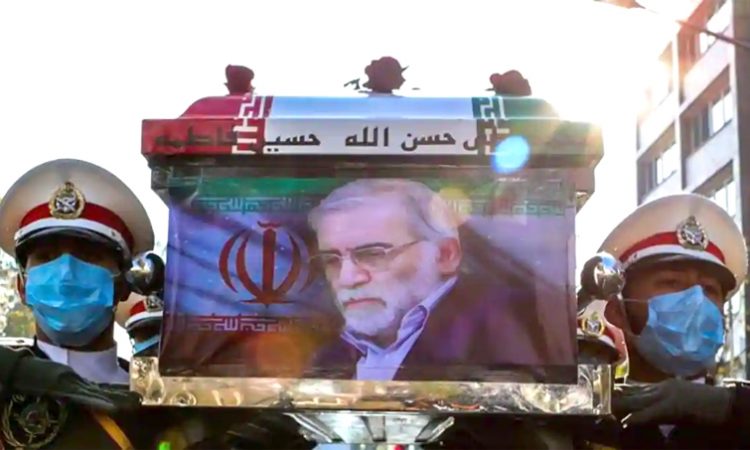 NEW DELHI, NOVEMBER 30: The Iranian Embassy in New Delhi has called on the international community to condemn the “act of state terror” after its top nuclear scientist, Mohsen Fakhrizadeh, was assassinated last Friday near Tehran. In a statement released on Monday, the Embassy tried to draw the attention of the Indian Government and people towards Fakhrizadeh’s “outstanding role in peaceful scientific projects in Iran” and accused Israel of conspiring to “incited chaos” in the region.
“Iranian people expect that the international community condemn state terrorism and build a consensus to counter tension and adventurism in the region”, the statement read.
The Embassy praised the slain scientist for his contribution to the “national efforts in curbing the COVID-19 pandemic”. It further said that several top Iranian scientists and national heroes have been targeted over the past years, stressing that evidence “clearly indicates” foreign hands behind such attacks.
“The recent assassination of the senior Iranian nuclear scientist also bears the clear hallmark of cowardly acts committed by the terrorist regime of Israeli, which has already assassinated a large number of scientific elites in Iran and all over the region”, the Embassy added.
Fakhrizadeh was long suspected by the West of masterminding secret nuclear programme for the country and in 2018, Israeli Prime Minister Benjamin Netanyahu had said, “Remember that name, Fakhrizadeh”, while warning about a secret atomic warehouse. The International Atomic Energy Agency (IAEA) inspected the alleged atomic warehouse site in February 2019 and found traces of uranium.
The United States, Russia, China, Germany, Britain and France entered a deal with Iran in 2015, known as the Joint Comprehensive Plan of Action (JCPoA). In 2018, US President Donald Trump announced Washington’s withdrawal from the deal and imposed unilateral sanctions on Tehran as a part of its “maximum pressure” campaign.
The Iranian Embassy has also accused Israel of persuading Washington to leave the nuclear accord. (Courtesy: HT)