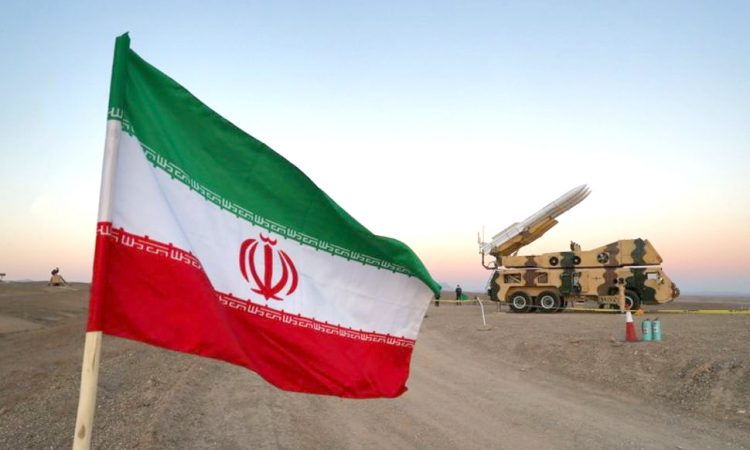 FILE PHOTO: An Iranian flag is pictured near in a missile during a military drill, with the participation of Iran’s Air Defense units, Iran October 19, 2020. Picture taken October 19, 2020. WANA (West Asia News Agency) via REUTERS

DUBAI/JERUSALEM, November 17: Any US attack on Iran would face a “crushing” response, an Iranian government spokesman said on Tuesday, following reports US President Donald Trump asked for options for a strike on Iran’s main nuclear site last week but decided against doing so.
“Any action against the Iranian nation would certainly face a crushing response,” spokesman Ali Rabiei said, in remarks streamed on an official government website.
Citing a US official, Reuters reported on Monday that Trump, with two months left in office, conferred with top advisers about the possibility of attacking the Natanz uranium enrichment plant – but was dissuaded by them from that option.
One of the advisers named in the report, Secretary of State Mike Pompeo, is on Wednesday due to visit Israel, which has long hinted at possible military action against its arch-enemy Iran.
“If I were the Iranians, I would not feel at ease” after the report, Israeli Energy Minister Yuval Steinitz said, adding that he was not aware of the Oval Office deliberations last Thursday.
“It is very important that the Iranians know that if, indeed, they suddenly dash toward high levels of enrichment, in the direction of nuclear weaponry, they are liable to encounter the military might of the United States – and
also, perhaps, of other countries,” Steinitz told Israel’s Army Radio.
Iran says its nuclear programme is for peaceful needs. Rabiei accused Israel of “psychological warfare” against Iran.
“I personally don’t foresee that it’s probable that they (the United States) would want to cause insecurity in the world and the region,” Rabiei said. (Reuters)