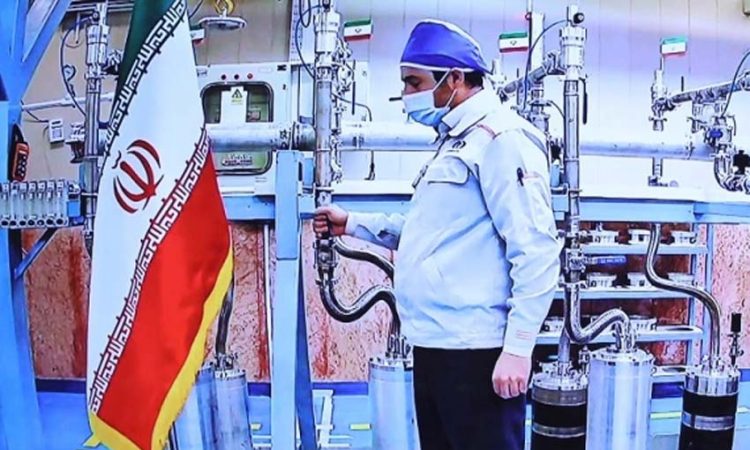 Tehran, April 10: Iran said Saturday it has begun mechanical tests on its newest advanced nuclear centrifuge, even as the five world powers that remain in a foundering 2015 nuclear deal with Iran attempt to bring the US back into the agreement.

Iran’s IR-9 centrifuge, when operational, would have the ability to separate uranium isotopes more quickly than the current centrifuges being used, thereby enriching uranium at a faster pace. The announcement carried on state TV came on Iran’s annual Nuclear Day.
The IR-9’s output is 50 times quicker than the first Iranian centrifuge, the IR-1. Iran’s nuclear program is also developing IR-8 centrifuges.
Since January, Iran has begun enriching uranium at up to 20% purity, a technical step away from weapons-grade levels, though Iran’s leadership insists the country has no desire to develop a nuclear weapon.
Former US President Donald Trump pulled the US out of the nuclear accord in 2018, accusing Iran of failing to live up to the agreement, opting for what he called a maximum-pressure campaign of stepped-up U.S. sanctions and other tough actions.
Iran responded by intensifying its enrichment of uranium and building centrifuges in plain violation of the accord, while insisting that its nuclear development is for civilian not military purposes.
Israel maintains Iran still maintains the ambition of developing nuclear weapons, pointing to Tehran’s ballistic missile program and research into other technologies.
Iran denies it is pursuing nuclear weapons, and says its nuclear programme is for peaceful purposes.
Iran’s stockpile of 20% enriched uranium has reached 55 kilograms (121 pounds), moving its nuclear program closer to weapons-grade enrichment levels. The amount of the material was 17 kilograms in January.
Iran has installed 1,000 IR2 centrifuge machines and one cascade of 164 IR4 machines. Both are in operation and have more speed than the IR1 machines.
Since late February, Iran has ceased abiding by a confidential agreement with the UN’s nuclear watchdog reached as part of the landmark 2015 nuclear deal. The International Atomic Energy Agency has additional protocols with several countries it monitors.
Under the protocol with Iran, the IAEA collects and analyzes hundreds of thousands of images captured daily by its sophisticated surveillance cameras, the agency said in 2017. The agency also said then that it had placed 2,000 tamper-proof seals on nuclear material and equipment.
However, Iran’s parliament passed a bill in December requiring the government to limit its cooperation with the IAEA and push its nuclear program beyond the limits of the 2015 nuclear deal. After the bill became law, Iran then began enriching uranium up to 20% purity and spinning advanced centrifuges both barred by the deal.
Iran argues that the U.S.’s departure from the nuclear deal was the first violation of the deal by either county and therefore the U.S. must make the first move and remove sanctions before Iran returns to compliance.

President Joe Biden came into office saying that getting back into the accord and getting Iran’s nuclear program back under international restrictions was a priority. But Iran and the United States have disagreed over Iran’s demands that sanctions be lifted first. That deadlock has threatened to become an early foreign policy setback for the new U.S. president.
Talks in Vienna aimed at bringing the U.S. back into the deal with Iran broke Friday without any immediate signs of progress on issues dividing Washington and Tehran.
However, delegates spoke of a constructive atmosphere and resolved to continue the discussions. (AP)