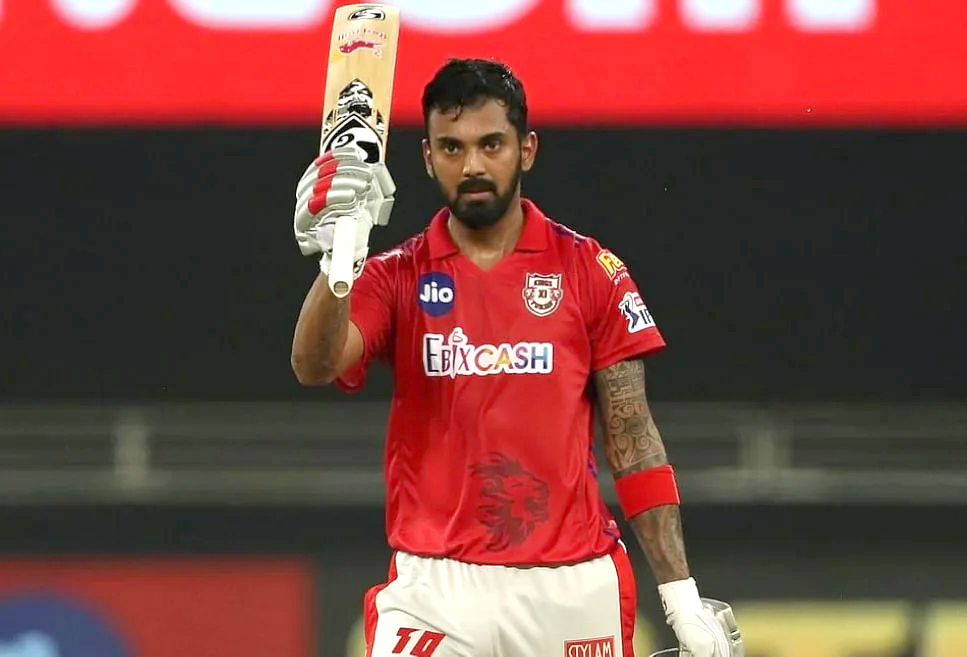 Dubai, September 24: KL Rahul announced his arrival at the Indian Premier League (IPL) 2020 as his record-breaking 132* off just 69 balls bulldozed Royal Challengers Bangalore (RCB) into submission and helped Kings XI Punjab (KXIP) register their first win of the season. Rahul’s knock – the highest score by an Indian in IPL – helped KXIP score 206/3 in their 20 overs. RCB were never in the chase right from the first over when opener Devdutt Padikkal was dismissed for one. They were eventually dismissed for 109, handing KXIP a huge 97-run win.
Distaster struck RCB at the start of their chase as Josh Philippe went for a duck in the second over, following Padikkal, and when Virat Kohli top-edged Sheldon Cottrell to Ravi Bishnoi in the third over, RCB were in all sorts of trouble at 4 for 3.
AB de Villiers (28) and Aaron Finch (20) did some repair work but with the asking rate mounting with every over the players went for big shots that brought about their fall.
Finch was bowled by Bishnoi and de Villiers carved one straight to Sarfaraz Khan at deep point to give Murugan Ashwin his first wicket.
RCB were 57 for 5 in the ninth over and from that point it was about maintaining the net run rate as their batsmen tried to clear the ropes in the hope of bridging the run deficit and perished in the process.
Washington Sundar hit two fours and a six for his 30 while Shivam Dube scored 12 with one six but both fell to spin in the middle overs.
Dube was bowled by Glenn Maxwell while Sundar holed out in the deep off Bishnoi.
Ashwin and Bishnoi got three wickets each and Cottrell got two to his name. Shami and Maxwell returned a wicket apiece.
Earlier, some liberal catching by Kohli, who dropped Rahul twice, helped Kings XI Punjab accelerate towards the death and pop their score over 200.
In the process, Rahul also became the fastest Indian to 2000 IPL runs. He got to the milestone in his 69th innings.
KXIP got 74 runs off the last four overs and 49 off the last two, bowled by Dale Steyn and Dube.
Steyn was taken to the cleaners by a rampaging Rahul who smashed the South African pacer for three sixes and two fours in the 19th over and took Dube for two sixes and four in the 20th.
Rahul found support from Mayank Agarwal (26), Nicholas Pooran (17) and Karun Nair (15* off 8).
With this win, KXIP move into the positives in terms of net run rate after having lost in the Super Over to Delhi Capitals on Sunday. They are atop the points table with a net run rate of 2.425.
RCB, on the other hand, have some mulling to do as they are third from the bottom with a net run rate of -2.175. 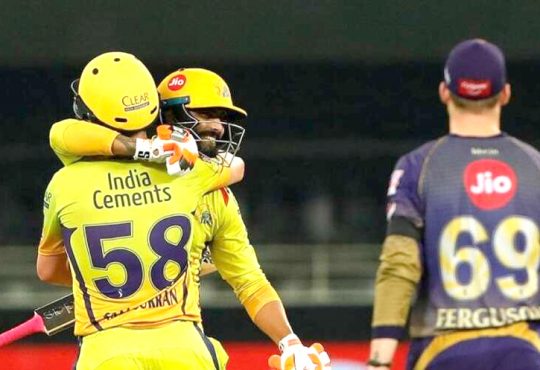