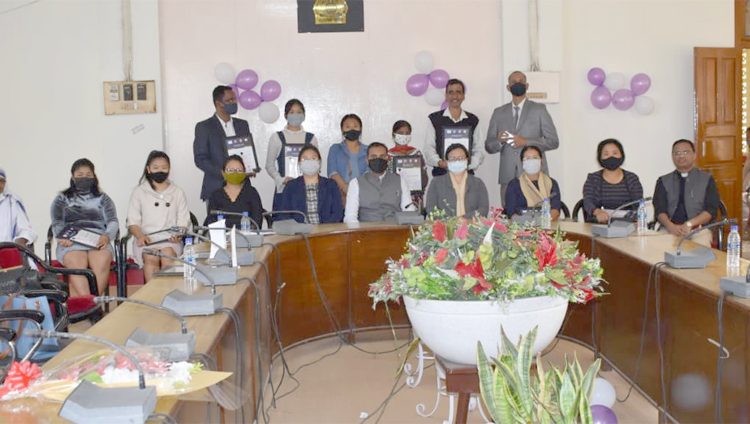 Dimapur, March 8: Joining the rest of the world, Dimapur district Administration in collaboration with the District Level Center for Women-Maha Shakti Kendra ( DLCW-MSK) Dimapur and Sakhi- One-stop Center ( OSC) Dimapur celebrated International Women’s Day on March 8 on the theme, “Women in Leadership: Achieving an equal future in a Covid-19 World.”

Chairman, Pfutsero Town Welfare Committee, Mezelo Lomi spoke on the importance of family upbringing. He said it plays a pivotal role in defining a person outlook towards the society and that women has a crucial role to play in this.
President Chakhesang Mothers Association, Phek District, Zhonelu Tunyi asserted that women need to stand strong despite challenges.
Women Secretary, Chakhesang Baptist Church Council, Neingupeu Rhakho on her speech expressed concerns on the sad reality of the status of women at home and at work; how her work is under appreciated. “It is important for each and everyone as a citizen to weigh in to bring equality in our Society,” stated Rhakho.
(Page News Service)