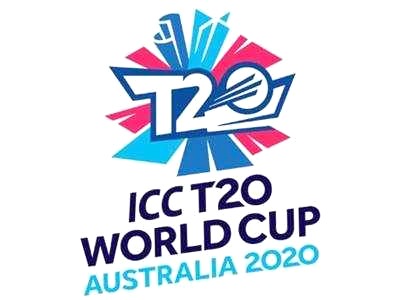 DUBAI/NEW DELHI, July 20: The T20 Cricket World Cup, scheduled to be held later this year in Australia, has been postponed, the ICC announced following the conclusion of its board meeting on Monday. During the meeting of the IBC Board (the commercial subsidiary of the ICC), windows for the next three ICC men’s events were also agreed to bring clarity to the calendar and give the sport the best possible opportunity over the next three years to recover from the disruption caused by Covid-19.
“The International Cricket Council (ICC) today confirmed the ICC Men’s T20 World Cup in Australia 2020 has been postponed due to the ongoing COVID-19 pandemic,” the ICC?said in a release.
The IBC Board agreed to continue to monitor the rapidly changing situation and assess all the information available in order to make a considered decision on future hosts to ensure the sport is able to stage safe and successful global events in 2021 and 2022. The IBC Board will also continue to evaluate the situation in relation to being able to stage the ICC Women’s Cricket World Cup 2021 in New Zealand in February next year. In the meantime, planning for this event continues as scheduled.
“We have undertaken a comprehensive and complex contingency planning exercise and through this process, our number one priority has been to protect the health and safety of everyone involved in the sport,” ICC Chief Executive Manu Sawhney said.
“The decision to postpone the ICC Men’s T20 World Cup was taken after careful consideration of all of the options available to us and gives us the best possible opportunity of delivering two safe and successful T20 World Cups for fans around the world.”
The announcement of the postponement promises to clear the coast for the BCCI, which can now go ahead and plan about hosting the IPL. As per recent reports, the BCCI is aiming at hosting the IPL somewhere between September end and mid-November and with the Asia Cup already postponed, and about three months to go, it gives enough time to the board to start preparations.
Despite clamours of UAE emerging as a prime candidate to host the T20 league, the BCCI had maintained that their priority is to ensure the IPL stays in India and that moving it abroad will be the ‘last resort.’
The growing extent of Covid-19 around the world is believed to be the reason behind the call. Australia, which was one of the least-affected Covid-19 countries in the world, has reported steep rise in the number of cases in Victoria and New South Wales.
The T20 World Cup was scheduled to run from October 19 to November 15 but Cricket Australia, earlier, had already indicated that it may not be able for them to host it owing to the Covid-19 pandemic. (Agencies)
The windows for the Men’s events are:
– ICC Men’s T20 World Cup 2021 will be held October – November 2021 with the final on 14 November 2021
– ICC Men’s T20 World Cup 2022 will be held October – November 2022 with the final on 13 November 2022
– ICC Men’s Cricket World Cup 2023 will be held in India October – November 2023 with the final on 26 November 2023