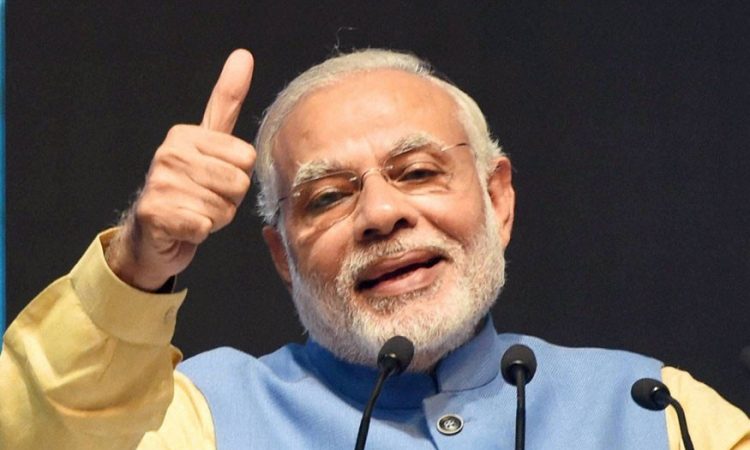 New Delhi, January 26: In the new year’s first “Mann ki Baat” programme, Prime Minister Narendra Modi Sunday said the insurgency in the Northeast had reduced significantly due to “peaceful dialogue”.
“Those who had strayed towards the path of violence, have expressed their faith in peace and decided to become a partner in the country’s progress and return to the mainstream,” Modi said, adding that as many as 644 militants of eight different militant groups had surrendered in Assam.
The remarks by PM Modi come a day before the Centre is scheduled to sign an accord with the banned Assam-based insurgent group National Democratic Front of Bodoland (NDFB). The Centre plans to provide a political and economic bonanza to the tribals sans the outfit’s key demand of a separate Bodoland state.
“Last year in Tripura, more than 80 people left the path of violence and returned to the mainstream. Those who had picked up weapons thinking that violence could solve problems, now firmly believe that the only way to solve any dispute is peace and togetherness,” Modi said in his address that was broadcast in the evening in view of Republic Day parade.
“Have you ever heard of a place where life has turned better due to violence? Have you ever heard of a place where peace and goodwill have been impediments in the quest of a good life? Violence never resolves any issue. No problem in the world can be solved by creating another problem,” PM Modi said.
‘New ray of hope in the life of Bru community’
Referring to the agreement signed between the governments of India, Tripura, and Mizoram to settle Bru refugees in Tripura, PM Modi said “a painful chapter was put to end forever and ever”.
“Finally, the new decade of 2020, has brought a new ray of hope in the life of the Bru-Reang community. Around 34000 Bru refugees will be rehabilitated in Tripura. Not just that, the government will provide assistance of close to Rs.600 crores for their rehabilitation and all-round development,” Modi said in his monthly programme.
“This agreement also epitomises the inherent compassion and sensitivity of Indian culture. Considering everyone as its own and living with the spirit of togetherness is embedded in the ethos of this holy land,” he added. (IE)