Gandhinagar, November 30: Former President Pranab Mukherjee on Saturday said innovation should adequately focus on solving problems of the poor and underprivileged sections of society.
Addressing a gathering at the campus of National Innovation Foundation here, Mukherjee emphasised the role of creativity and innovations in solving the country’s diverse and unique set of challenges.
“Innovation in our country has by and large focused mostly on the needs of the upper income groups and not adequately on solving problems of the poor and underprivileged who are marginalised. I sincerely wish we change this state of affairs,” he said.
“Innovation has a critical role to play in the process of India’s economy and social growth and development. The set of challenges that we as a nation face today are not only diverse but in some ways also unique. It is only through creativity and innovations, by coming out with noble solutions appropriate to the Indian conditions and context, that we can meet the challenges effectively,” he said.
Mukherjee, who was recently conferred Bharat Ratna, India’s highest civilian award, said innovations are seen as a game changer for the country’s move towards radical change, and hence an enabling environment should be built for innovation to flourish.
“It is my sincere belief that we should expand this model of innovation so that it addresses the problem in areas such as poverty alleviation, health, rural communication, development of agriculture, animal husbandry, fighting climate change and pollution, green energy,” he further said.
Mukherjee urged the students to follow the path of “creative thinking” as shown by Mahatma Gandhi, and called upon them to “internalise the mantra of Impatient India, Innovative India and Inclusive India”.
These “three Is should and would be our future”, he said, adding that the country’s legacy for innovation goes a long way back.
“We were first to realise the visions of universities at Nalanda and Takshila in the 3rd century BC. Our freedom struggle that we won without recourse to arms was a social innovation in peaceful resistance. In recent times we have made several innovations in India such as space technology, atomic energy, and automobiles,” he said.
Mukherjee also presented Dr APJ Abdul Kalam Ignite Awards to school students for coming up with innovative solutions to different problems. (PTI) 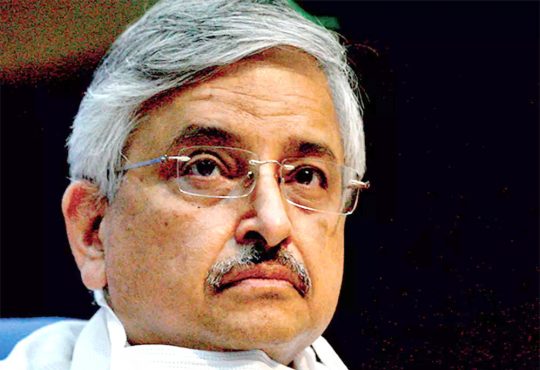