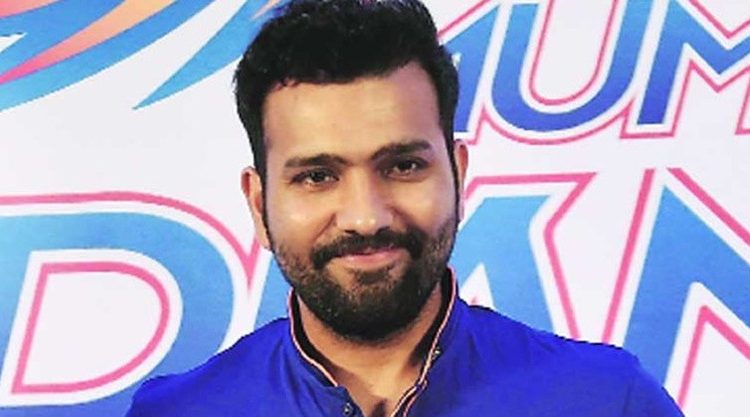 New Delhi, October 26: India’s limited-over vice-captain and senior opener Rohit Sharma was on Monday left out of all three squads for the tour of Australia due to a recurring hamstring injury which is set to oust him from the remainder of the Indian Premier League as well.
In Rohit’s absence, the in-form KL Rahul will be Virat Kohli’s deputy in the white ball teams and is also back in the Test squad after a considerable period of time. Wicketkeeper-batsman Rishabh Pant failed to make the cut for the limited overs even though he retained his place in the Test squad.
“The BCCI Medical Team will continue to monitor the progress of Rohit Sharma and Ishant Sharma,” BCCI secretary Jay Shah said in a press release announcing the squads.
The tour of Australia comprises three T20 Internationals, as many ODIs and four Tests. It is set to get underway from November 27.
It is learnt that in case of Rohit, it might take a good six to eight weeks for complete recovery from the injury that he picked up during the IPL.
“It is unlikely that Rohit will take any further part in this year’s Indian Premier League. He will have to go back to India and be at the National Cricket Academy (NCA) for the rehabilitation,” a senior BCCI source told PTI on conditions of anonymity.
The story of Monday’s selection was undoubtedly Rahul, who is also now India’s first-choice keeper in both T20 Internationals and ODIs as selectors finally ran out of patience with Pant.
“Rahul is being looked as India’s first choice white-ball keeper till the 2021 World T20 and beyond. Also he has impressed everyone with his leadership skills and that’s why this elevation as vice-captain,” the source said.
Sanju Samson will be the second wicket-keeper in T20 International squad which also features Kolkata Knight Riders’ mystery spinner Varun Chakravarthy.
Among other notable inclusions, pacer Mohammed Siraj has been rewarded with a Test call-up for his consistent red-ball performances. The absence of the injured duo of Ishant Sharma and Bhuvneshwar Kumar also paved the way for his selection.
“Siraj and (Navdeep) Saini were automatic choices in Test team once Bhuvi (thigh muscle) and Ishant (Left rib cage) were ruled out,” the source said.
It is understood that Pant’s dodgy fitness and tendency to put on weight has not gone down well with Sunil Joshi-led selection committee, which wanted that he be served a wake-up call.
“In any case, all three teams will be there, Pant, if need be, can be added to the squad,” the source added.
It is undoubtedly a big day for the 29-year-old Chennai-based architect Varun, who has played 21 representative matches at the senior level, including 11 T20 games — all at the IPL.
His five-wicket haul against Delhi Capitals is one of the highlights of this IPL and he has bowled brilliantly at the death mixing his clever variations.
With Kuldeep Yadav not being preferred by his own franchise for the better part, it is Varun, who has stolen the limelight.
The tour will also prove to be a good exposure for T Natarajan, Kamlesh Nagarkoti, Kartik Tyagi and Ishan Porel.
“Ishan will primarily be a red ball net bowler while Natarajan provides the left-arm variation training for white ball. Kartik Tyagi bowls good yorkers and Kamlesh has pace. In case, any main team bowler gets injured, one of the four can be easily drafted in,” the source said.
The squads:
T20I squad: Virat Kohli (Captain), Shikhar Dhawan, Mayank Agarwal, KL Rahul (vice-captain and wicket-keeper), Shreyas Iyer, Manish Pandey, Hardik Pandya, Sanju Samson (wicket-keeper), Ravindra Jadeja, Washington Sundar, Yuzvendra Chahal, Jasprit Bumrah, Mohd. Shami, Navdeep Saini, Deepak Chahar, Varun Chakravarthy
ODI squad: Virat Kohli (Captain), Shikhar Dhawan, Shubman Gill, KL Rahul (vice-captain & wicket-keeper), Shreyas Iyer, Manish Pandey, Hardik Pandya, Mayank Agarwal, Ravindra Jadeja, Yuzvendra Chahal, Kuldeep Yadav, Jasprit Bumrah, Mohd. Shami, Navdeep Saini, Shardul Thakur
Test squad: Virat Kohli (Captain), Mayank Agarwal, Prithvi Shaw, KL Rahul, Cheteshwar Pujara, Ajinkya Rahane (vice-captain), Hanuma Vihari, Shubman Gill, Wriddhiman Saha (wicket-keeper), Rishabh Pant (wicket-keeper), Jasprit Bumrah, Mohd. Shami, Umesh Yadav, Navdeep Saini, Kuldeep Yadav, Ravindra Jadeja, R. Ashwin, Mohd. Siraj. (PTI)