HomeIndiaInfluence of dictatorship on our democracy is rising: Sonia
India
8 months agoNo tags 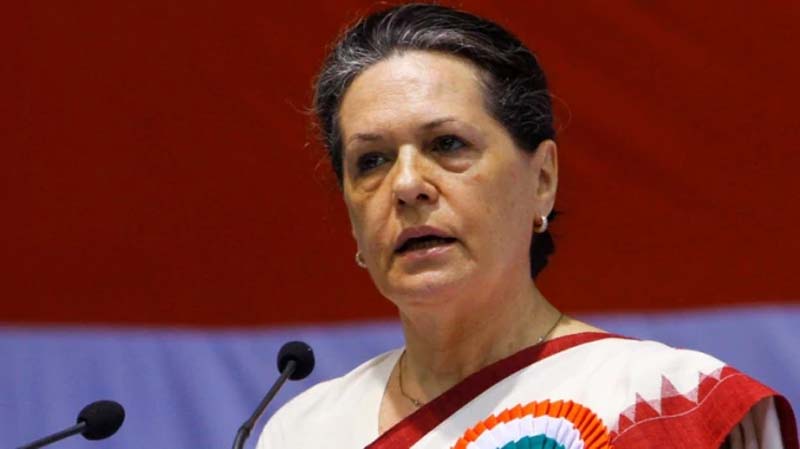 Raipur, August 29: Congress president Sonia Gandhi on Saturday said that anti-national and anti-poor forces were spreading hatred and “venom of violence” in the country, and the “influence of dictatorship” on our democracy was rising.
The founding fathers would have never imagined that the Constitution and democracy will be in danger 75 years after Independence as freedom of expression is in danger and democratic institutions are being ruined, she said.
Gandhi addressed the foundation stone laying ceremony of the new Chhattisgarh Assembly building in Nava Raipur, the upcoming new capital of the state, through a recorded video message in Hindi.
“For the past some time, an attempt is being made to derail our country. New challenges have come up before our democracy. Today, the country stands at a crossroads,” she said in the message.
“Anti-poor and anti-national forces and those who rule by making people fight against each other have been spreading hatred and venom of violence,” she said.
“Bad thinking is dominating good thinking, freedom of expression is in danger and democratic institutions are being ruined. The influence of ‘tanashahi’ (dictatorship) has been increasing on ‘lokshahi’ (democracy),” she added.
Without naming anyone, Gandhi alleged that these elements want to suppress the voice of people.
“What do they want? They want people of the country, our youth, our tribal people, our women, our farmers, shopkeepers and small traders, jawans to keep their mouths shut,” she said.
Two years from now the country will complete 75 years of Independence, the Congress president noted.
“Father of the nation Mahatma Gandhi, former prime minister Pandit Jawaharlal Nehru, G V Mavalankar (Speaker of the Constituent Assembly of India), Dr B R Ambedkar and our other forefathers would have never imagined that after 75 years of Independence, the country will face such a difficult situation and our Constitution and democracy will be in danger,” she said.
Extending wishes on the foundation stone ceremony, she said, “Today is an important day and we all should take a pledge to protect the foundation of democracy.
“We should also take a pledge that as long as we are in power, we will take decisions keeping in mind the interests of people standing at the end of queue,” Gandhi said.
“The legislature is the biggest pillar of our democracy. Parliament and legislative assembly are sacred temples of our democracy which ensure protection to our constitution.
“But it must be remembered that the Constitution will not be saved by buildings, rather it will be protected by emotions,” she said.
“We have come a long distance in the last seven decades and successfully faced several challenges and got rid of them. However, we are still far away from realizing the dreams of our forefathers,” Gandhi said.
Former Congress president Rahul Gandhi also attended the programme through video-conference from Delhi, officials said.
Rahul Gandhi hailed the Bhupesh Baghel government for launching schemes for farmers and tribals in his message read out by Agriculture Minister Ravindra Choubey.
Chief Minister Baghel, through Rajiv Gandhi Kisan Nyay Yojana and other schemes, has ensured that money reaches the hands of farmers, labourers and the poor, Rahul Gandhi said.
Besides Baghel, Chhattisgarh Assembly Speaker Charan Das Mahant and state ministers were present at the venue.
The new assembly building will come up over 51 acres behind the new Mantralaya (secretariat) at a cost of around Rs 270 crore, officials said. (PTI)