Sign in
Home Top Stories Infiltrators will be thrown out of India: Shah

Infiltrators will be thrown out of India: Shah 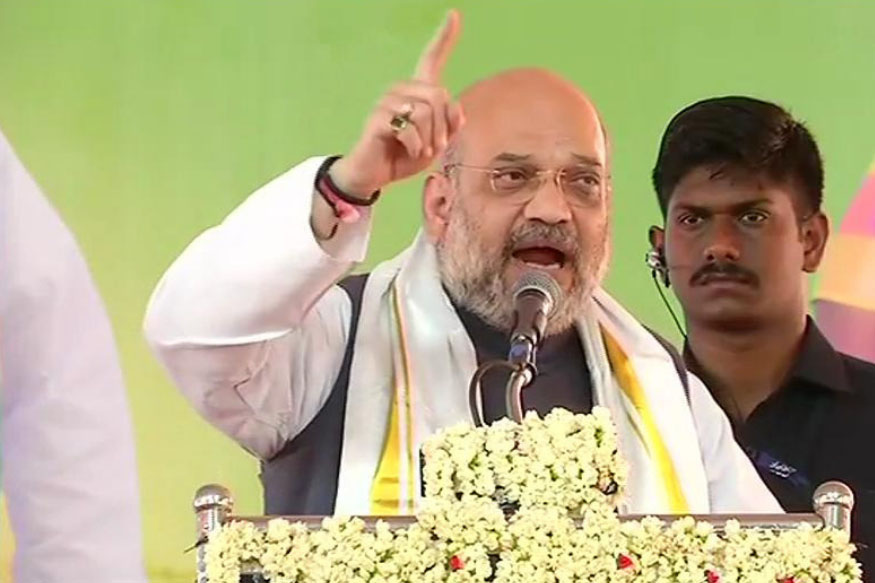 Tuljapur, October 10: Infiltrators will be made to leave the country and the National Register of Citizens (NRC) will be implemented for the purpose, Union Home Minister Amit Shah said on Thursday.
The BJP chief made the announcement at a campaign rally here for the October 21 Maharashtra Assembly elections.
“Before we come to ask for votes in 2024 (general elections), let me assure you that the BJP government will make sure every infiltrator is thrown out of the country,” Shah said.
“We will throw out everyone residing illegally in our country. Congress and NCP have opposed NRC as such residents form a vote bank for these opposition parties,” Shah said.
The BJP leader also said both Pakistan and Congress leader Rahul Gandhi sought proof of the Balakot air strikes.
“Our government carried out surgical strikes and air strikes as a response to terrorism. Pakistan asked us for proof and Rahul Gandhi also asked for the same. These similar statements of Pakistan and Rahul confused the country,” he said.
Shah also claimed that the Central aid to Maharashtra had gone up considerably during the BJP-led regime.
“During the Manmohan Singh-led government, the total Central aid for Maharashtra was just Rs 1.15 lakh crore. But this number in the Modi government rose to over Rs 4.30 lakh crores,” he said.
Shah said the Congress is now leaderless as its prime leader (Rahul Gandhi) visits foreign countries when election campaign is in full swing. “We are unable to see opposition leaders, except Sharad Pawar, in poll campaign,” he added. (PTI)