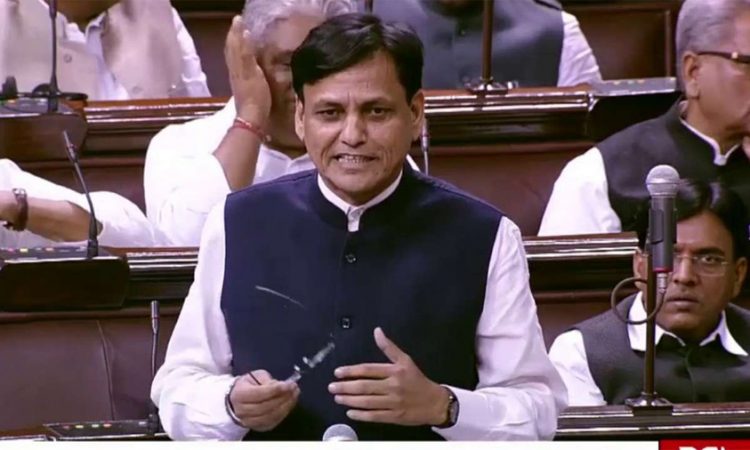 New Delhi, February 10: The number of cases of infiltration along Indo-Bangladesh border reduced to 489 last year from 654 in 2016 and 955 people were apprehended by the border guards, the government said in Rajya Sabha on Wednesday.

Giving details, Minister of State for Home Affairs Nityanand Rai said these 489 cases of cross border infiltration were reported in 2020 and 955 people were apprehended. In 2019, there were 500 cases and 1,109 people were apprehended. In 2016, there were 654 cases and 1,601 people were apprehended.
India shares 2,216 km of border with Bangladesh, of which 1,638 km are fenced, the minister said.
He further said problems are being faced in fencing of 319 km because of river area and difficult terrain, adding the river area was being watched by the water wing of Border Security Force.
Meanwhile, replying to questions related to the Bengaluru metro project, Minister of Housing and Urban Affairs Hardeep Singh Puri said Bangalore Metro Rail Corporation Limited (BMRCL) has informed that there is no significant increase in expenditure on works and system components of the phase-2 project.
The land acquisition cost is likely to increase by Rs 4,290 crore, which is funded entirely by the government of Karnataka, he said.
The minister further said till December 2020, an amount of Rs 15,597 crore, including cost of land acquisition has been spent in implementation of the phase-2 project.
Replying to supplementary questions, Puri said the delay here in phase-II is not on account of non-release of funds.
“I would like to correct that impression. In fact, the government of India has already released Rs 8,445.63 crores for Phase-II project so far.”
He added that the delay is on account of two factors. One is the state government has to acquire the land and the availability of forest land in two parts.
There were some 4,266 trees; almost 45 per cent are held up. A high-powered committee has been appointed, he said.
“… There is another prominent land acquisition dispute which is a PIL that is pending. And the central government is ready to provide the fund. Funds are allocated; but still land issue is there. And we would be releasing for 2021-22 also,” Puri said.

There was another supplementary regarding use of local language in signboards, to which the minister said “I am personally not aware of what signage is being used.”
Chairman M Venkaiah Naidu advised the minister that in all the metro projects there should also be a local language.
“Like in Namma Bengaluru, there was this issue. The national language and others are okay but local language also should be there because mostly local people are travelling,” Naidu said. (PTI)