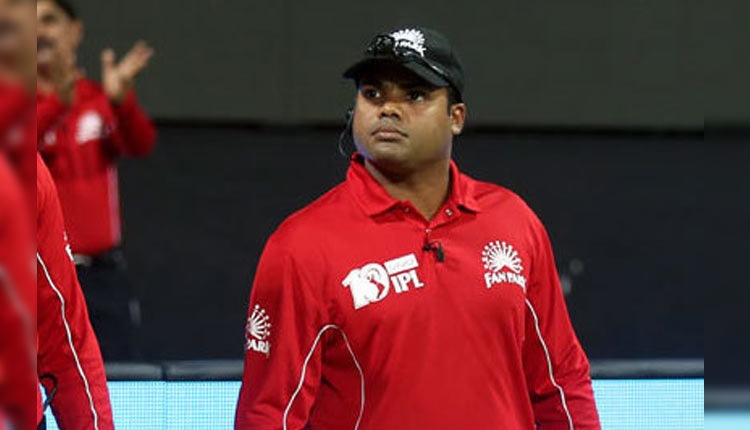 Dubai, June 29: India’s Nitin Menon on Monday became the youngest member of the International Cricket Council’s Elite Panel of Umpires, replacing England’s Nigel Llong for the upcoming 2020-21 season after an annual review.
The 36-year-old, who has officiated in three Tests, 24 ODIs and 16 T20Is, is only the third from India to make it to the prestigious group after former captain Srinivas Venkatraghavan and Sundaram Ravi. Ravi was axed last year.
“To be officiating regularly along with the leading umpires and referees of the world is something that I always dreamt of and the feeling has yet to sink in,” Menon was quoted as saying in an ICC statement.
England’s Michael Gough, 40, was the youngest in the current panel before Menon’s elevation.
Menon quit playing competitive cricket at 22 and by 23, he had become a senior umpire, officiating in BCCI accredited matches.
A selection panel comprising ICC General Manager (Cricket) Geoff Allardice (Chairman), former player and commentator Sanjay Manjrekar, and match referees Ranjan Madugalle and David Boon, picked Menon, who was earlier part of the Emirates ICC International Panel of Umpires.
While standard of Indian umpiring has copped a lot of criticism globally, performance of Menon over the past few years has been a silver lining.
Menon is well aware of his responsibilities.
“We did not have any representation in the Elite Panel for a while. I now want to keep the Indian flag flying high. I hope to see more umpires from India at the top level,” Menon told BCCI.TV.
“I see this as an opportunity and a big responsibility to take Indian Umpires forward and guide them in every possible way by sharing my experiences.”
He also thanked ICC’s Umpire Coach Denis Burns
“I am very grateful to Mr. Denis Burns for all his guidance and support in my career as an International Umpire.”
The elevation to the Elite Panel makes Menon eligible to officiate in next year’s Ashes in Australia in case ICC revokes the local umpires for home series policy which has been approved owing to the COVID-19 pandemic.
Menon also becomes eligible to stand for all five Test matches that India will play against England at home early next year.
The son of a former international umpire, Menon had a short cricketing career and played two List A games for Madhya Pradesh.
“My father (Narendra Menon) is a former international umpire and in 2006, BCCI conducted an exam for umpires and that was after a gap of almost 10 years,” he recalled.
“So my father told me to take a chance and give the exam saying ‘if you clear, you can always take up umpiring as a profession’, so I took the Test and in 2006, I became an umpire,” Menon revealed about his journey.
He started at a young age and has now completed 13 years in this profession.
“My priority was to play for the country rather than umpiring. But I quit playing at 22 and I became a senior umpire at the age of 23. It wasn’t worth trying to play and umpire so I decided to focus on umpiring alone.”
Menon is confident that the rapport he has built with senior umpires over the years, having officiated in two ICC tournaments (2018 and 2020 Women’s T20 World Cup), will keep him in good stead.
“I’m feeling very confident by the fact that age is on my side, but the performance is what ultimately matters. Whether I do well or not, age has little to do with performance.”
“I’ve stood with most of the guys from the Elite Panel in the IPL or international games, so I’ll always have a rapport with them and I’m feeling comfortable to go.”
India’s strong domestic structure and years of umpiring in Ranji Trophy will also come in handy when he stands for the Test matches comprising elite teams.
“The Ranji Trophy is very competitive, and then when we do well we get a chance in the IPL, which in a way feels like an international game,” he said.
The promotion to the panel doesn’t happen overnight and Menon knows that he needs to remain consistent in decision-making.
“It’s not like you perform just one year and you’ll be on the elite panel, so we have to be persistent with our performance and ultimately your hard work will be rewarded because the structure requires us to be consistent.”
With all the excitement, Menon didn’t forget to mention the perks of being an Elite Panel umpire.
“You get the best seat in the house. You get to watch the best bowlers, best batsmen, best performers. You can’t ask for too much more”. (PTI)