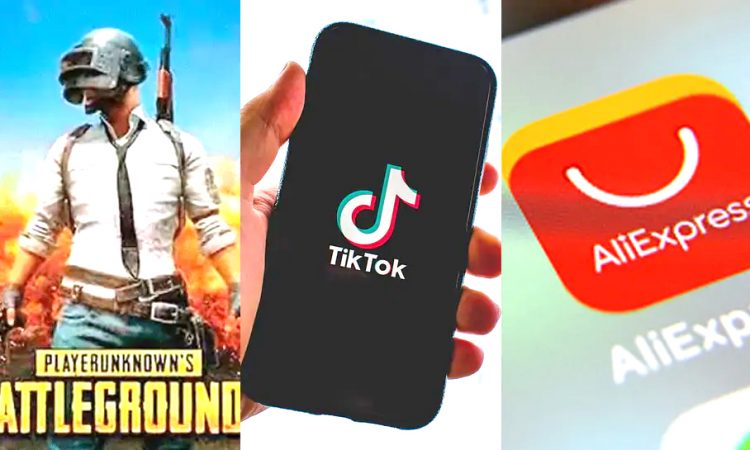 New Delhi, November 24: The Centre on Tuesday banned 43 more mobile apps, mostly Chinese-owned, including those of the e-commerce giant, the Alibaba Group.
The ministry of electronics and information technology (MEITY), the governing authority, issued an order under Section 69A of the Information Technology Act blocking access to the 43 mobile apps on the grounds that they have been “engaging in activities that are prejudicial to sovereignty and integrity of India, defence of India, security of state and public order”.
“Apps of the Alibaba Group, short video sharing app Snack video, Business card reader app Cam Card, truck and driver aggregator Lalamove are some of the major ones that have been blocked this time,” a ministry official told The Hindustan Times.
A second ministry official said that all the apps banned were Chinese. “Reports keep coming in as it is a continuous process. MHA sends the report that is brought to notice of the secretary and then the orders are processed. There’s a proper judicial process, which the cyber law division looks into to assess the violations.”
The second official added that Lalamove is one of the fastest growing logistical service in the world and the decision to ban it was a major one.
This is the fourth tranche of apps that the government has banned amid the ongoing standoff between Indian and Chinese troops in Eastern Ladakh. The conflict, which intensified in June following the death of 20 Indian soldiers in clashes at the Galwan Valley, shows no signs of resolution. Recent reports also suggest that the Chinese have built roads and a village at Doklam in Bhutan, where there was a faceoff between India and China in 2017.
Some of the Chinese apps banned this time include the AliSuppliers Mobile App, Alibaba Workbench, AliExpress, Alipay Cashier, Chinese Social, ChinaLove among others.
This is the latest in a series of bans targeting Chinese players.
India on 3 September banned 118 China-linked mobile apps, including widely popular game PUBG, two months after similar curbs on 59 apps, mostly Chinese, and a month after banning 47 more linked to that country, citing concerns over them being “prejudicial to sovereignty and integrity… defence of India, security of state and public order” amid a months-long standoff with its northern neighbour at the Line of Actual Control (LAC).
In late June, India banned dozens of mobile apps, including Bytedance’s TikTok, Alibaba’s UC Browser and Tencent’s WeChat over what it said were national security concerns. It banned some more in late July.
MEITY had said the apps were attempting to steal and surreptitiously transmit users’ data in an “unauthorised manner to servers which have locations outside India”.
Apar Gupta, internet freedom foundation trustee said that the latest press release does not even state any “specific, underlying reasons” and merely refers to earlier orders. “This is a concerning progression of the practice of banning of apps becoming normalised,” Gupta said. (Courtesy: HT)
Here is the list of the 43 Chinese apps that are banned on November 24: