HomeSportsIndian wrestlers to be in action at the World Cup, starting December 12
Sports
3 months agoDecember 11, 2020IndiaIndividual World Cup in Belgradewrestlers 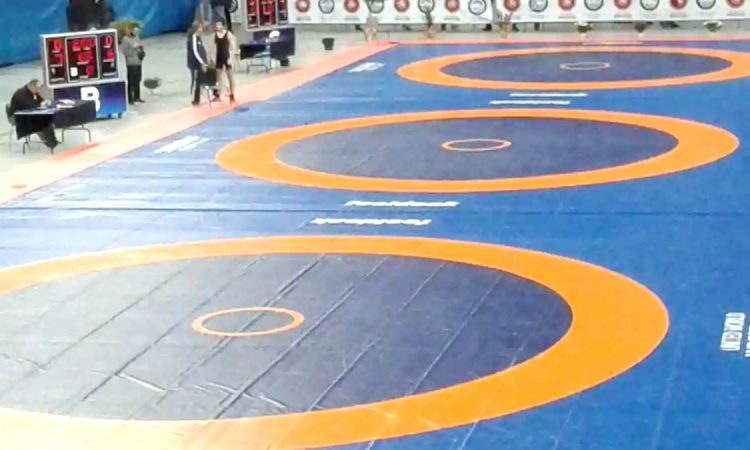 New Delhi, December 11: India’s top wrestlers will be back on the mat when international wrestling returns with the Individual World Cup in Belgrade, Serbia from December 12-18. The world body cancelled the World Championships after many top nations decided to withdraw because of the pandemic. Instead, it was replaced with the World Cup which will be the first opportunity for international wrestlers to test themselves.
Bajrang Punia and Vinesh Phogat, however, have decided to skip the tournament. Punia, who recently got married, has charted out a month-long training programme in the US. He will train at Cliff Keen Wrestling Club, under his coach Shako Bentinidis and Michigan head coach Sean Bormet. Bajrang will compete in FloWrestling meet in Austin, Texas on December 18, in an eight-man field.
“Almost one year has passed since he competed. It is important to participate in competitions, the results don’t matter,” said Punia’s coach Bentinidis.
“We will have good sparring partners and we will slowly get into optimal mode. The main thing for coming to the US was the training process we have decided on and we will also get a good competition for Punia,” he said.
Other Olympic hopefuls, including Deepak Punia and Ravi Dahiya – both have qualified for the Tokyo Olympics, will also wrestle in their first competition in nine months. It could well turn out to be a reality check for some of the wrestlers in terms of their preparations for the Tokyo Olympics and the qualifiers. Their training post lockdown has been inconsistent, and most of them preferred individual training with their partners than national camps. One of the reasons being sparring not allowed in camps — part of the standard operating procedures for wrestling camps due to COVID.
The camps therefore started late. While the men’s freestyle and Greco Roman camp began in September, the majority of the women wrestlers still chose to train at home and not take the risk during the pandemic. The women’s camp finally started in Lucknow but could run only three weeks before the Diwali break. They chose not to return after the festival and lock themselves for another 14-day quarantine that would be vital for their training for the international meet.
“I have not seen them for one month now, though I have been helping them with training over the phone,” says women’s team head coach Kuldeep Malik.
“Whatever facilities they have in their nearby centres they are using it. The competition will tell us where we stand,” he said.
Greco Roman national coach Hargobind Singh says since only a limited number of wrestlers were part of the national camp, some of them were completely training on their own. “We had camp for three Olympic weight divisions only out of six because of regulations. The rest of them were training at home. It is difficult to get a training partner in Greco Roman unless you are in national camp. So they were managing somehow,” says Hargobind.
Even as the wrestlers trained in centres close to their homes, many of them were infected. Divya Kakran, Gurpreet Singh (82kg) and Sachin Rana (63kg) tested positive after the Diwali break and had to withdraw from the World Cup. Narsingh Pancham Yadav also tested positive on Nov 28 but a second test a week later found him negative. Yadav (74kg) will be competing in his first international tournament after serving a four-year doping ban. Before the recent spate of positive cases, Vinesh Phogat, Deepak Punia and Rahul Aware had also tested positive for COVID.
Only four Indian wrestlers have qualified for the Tokyo Olympics so far. With the Asian and World qualifiers scheduled next year, there will be several opportunities to grab. (Courtesy: HT)