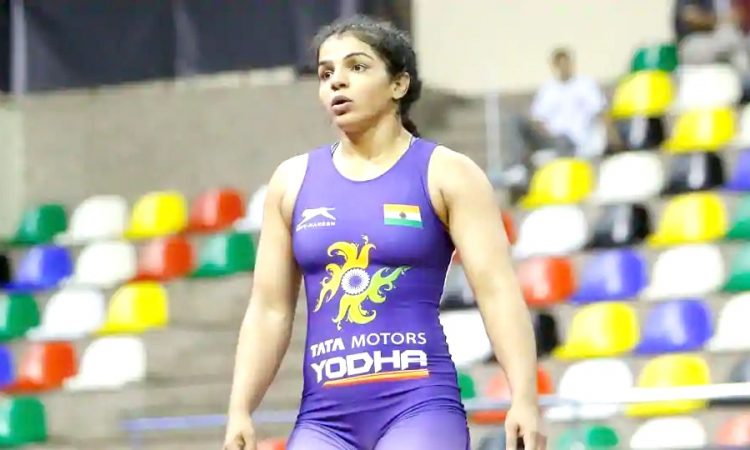 New Delhi, July 7: The task for stalwarts to make it to the Indian wrestling team for the rescheduled Asian Olympic Qualifiers next year will get tougher as the Wrestling Federation of India (WFI) has decided to allow a host of juniors, who will turn seniors on January 1, in the national trials to select the team. The Asian meet is the qualifying event for the 2021 Tokyo Olympics.
WFI organised the national trials in January at Sonepat (for men) and Lucknow (for women) and selected the team for the Asian Olympic Qualifiers in Kyrgyzstan in March, but the event got postponed by a year because of Covid-19.
Rio Olympics bronze medallist Sakshi Malik and 2018 Gold Coast Commonwealth Games silver medallist Pooja Dhanda were knocked out by juniors in the trials. They are likely to be tested even more in next year’s trials as WFI is “keen on hosting the national championships in the next 2-3 months, situation permitting,” and field some of the juniors (under-20) in the trials next year.
“Who know the situation might improve and we are able to hold the national championships in two-three months and a new lot of wrestlers may show promise. They might turn seniors on January 1, 2021 and become eligible for trials,” WFI secretary, Vinod Tomar, said. “This could make next year’s trials tougher.”
Tomar said no one should think fresh trials will not be held to select the team for the Asian qualifiers next year. “The Asian qualifiers were postponed and it’s not possible for wrestlers to keep up the same level of fitness and tempo for more than a year,” he said.
“Some wrestlers can get injured as it is a power sport and even a gap of one month is quite big. Injuries can happen and those who’ve qualified via trials in January this year might not be fit for the Asian qualifiers.”
Citing the example of Sonam Malik defeating Sakshi Malik in the January trials, he said: “A similar thing can’t be ruled out next year as many more juniors will come through the ranks. She (Sonam) was a junior till last year, but as soon as she became a senior, we gave her the opportunity in the trials and she beat Sakshi. So, more juniors like Sonam emerging and challenging the established wrestlers can’t be ruled out.”
Bronze medallist at the 2018 Commonwealth Games and Asian Games, Divya Kakran (68kg), who had qualified for the postponed Asian qualifiers, did not want to be dragged into a controversy over WFI’s decision on fresh trials. “I cannot go against the wishes of WFI; it’s up to the federation to take a call on fresh trials. My job is to fight to get selected. I am sure if I have done well in the previous trials, I will do much better next time,” she said on Tuesday.
Kakran, who hails from Muzaffarnagar, said: “I am determined to get a Tokyo Olympics ticket and am preparing well for the trials, and for the Qualifiers (if she qualifies).”
Sonam Malik (62kg) said: “Trials or no trials, it’s a call of the federation. My duty is to get ready for any situation. I am working hard on my techniques and am sure to come up with a much better performance if the trials happen again.”
Three others who had qualified for the continental event in January, Nirmala Devi (50 kg), Anshu Malik (57kg) and Kiran (76kg) also refused to comment on WFI’s plans to hold fresh trials.
One of those who had qualified though felt dejected. “I feel it’s an attempt to facilitate some ageing wrestlers to make it to the squad for the Asian qualifiers. I am not saying I have any fear of losing the contest this time, but I feel the federation should back the selected girls,” she said on condition of anonymity. “Now, we have to start afresh as the competition at the trials will be much tougher with many more juniors in the fray,” she added. (Courtesy: HT)