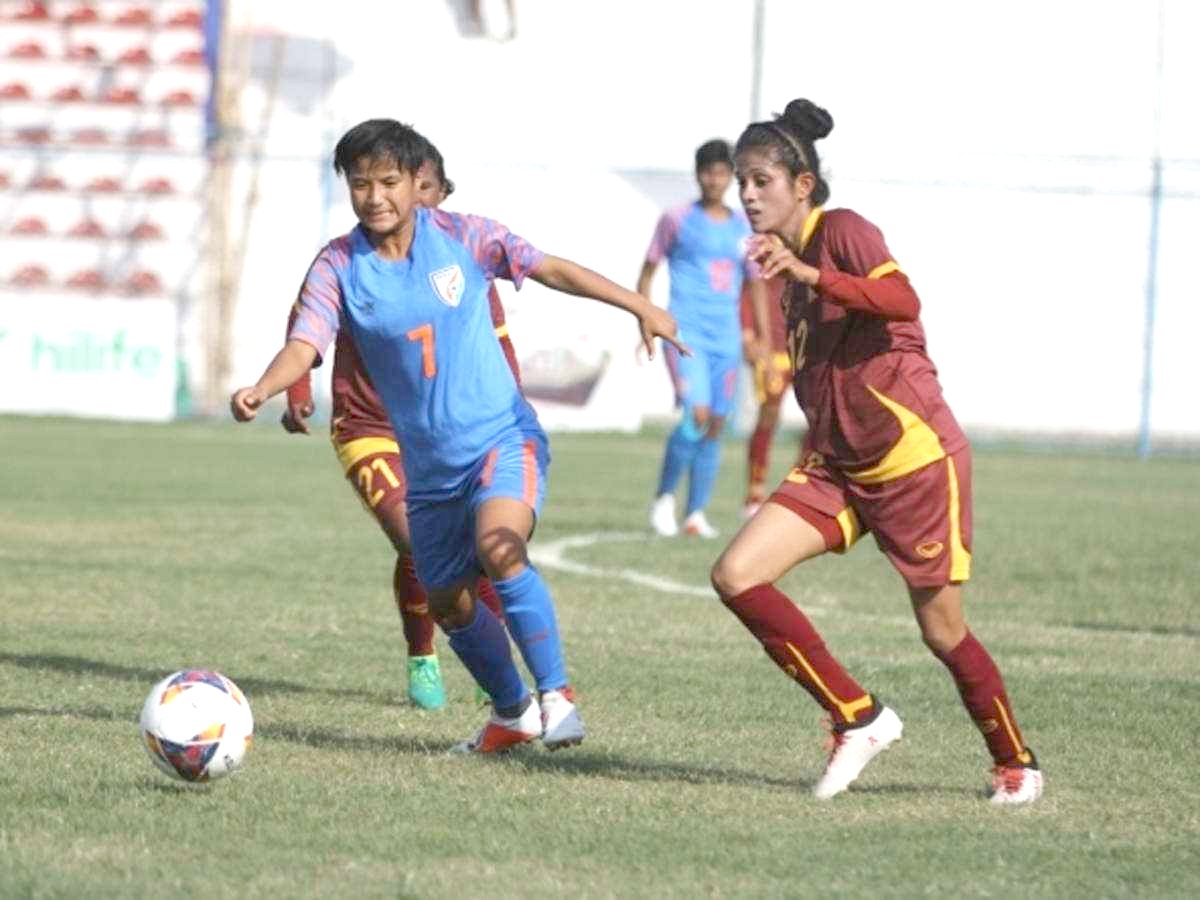 BIRATNAGAR (Nepal), March 17: The Indian women’s football team sealed its place in the semifinals of the SAFF Championship with a resounding 5-0 win over Sri Lanka at the Sahid Rangashala Stadium on Sunday.
This result has extended India’s unbeaten run in the competition’s history to 21 games and secured the top spot in Group B.
In the semifinals, India will take on Group A runners-up Bangladesh on Wednesday while hosts Nepal will face Sri Lanka in the other fixture.
India’s five goals were scored by different players on Sunday.
The four-time defending champions scored their first goal as early as in the fourth minute through winger Grace Dangmei. The goal was created through some fine work from Sanju down the left wing as she cut inside to unleash a shot that rattled the woodwork and fell to Grace, who headed in the rebound.
Three minutes later, India doubled its lead, thanks to Sanju’s wing-play again. She broke down the left, past the defensive line and put in an inchperfect cross, which was tapped in by an onrushing Sandhiya.
India got another chance in the 17th minute, but Ratanbala’s effort was denied for offside. The opposition defence seemed to have regained its composure by then, with goalkeeper Wijerathna pulling off a couple of good saves and the Indians hitting the woodwork twice from distance.
Led by Sanju, the Indians continued the good work and by the end of the first 45 minutes, added two more goals. (PTI)