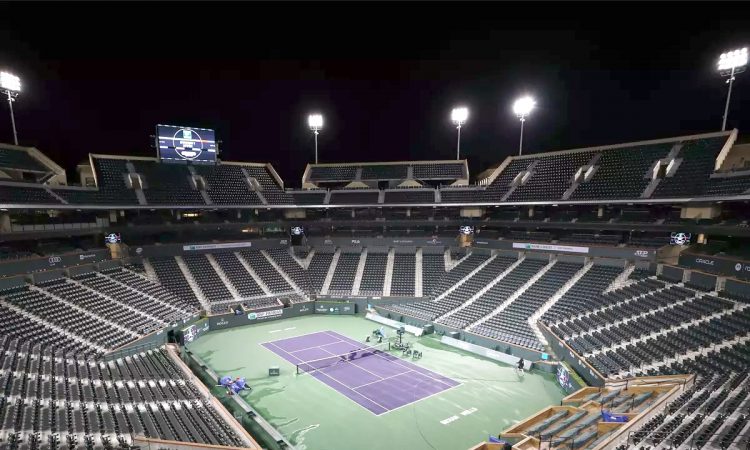 LOS ANGELES, December 30: The BNP Paribas Open tennis tournament in Indian Wells that was scheduled to be held in California in March has been postponed due to COVID-19 concerns, tennis governing body ATP said on Tuesday.
It marks the second consecutive year the tournament, which is considered the most prestigious event outside the four Grand Slams, has been impacted by the virus as the 2019 edition was cancelled.
“Due to the impact of COVID-19, the BNP Paribas Open in Indian Wells will not be held on its customary dates in March,” ATP said in a statement.
“Alternative dates are being assessed for the tournament to potentially take place later in the year.”
The event, which next year was scheduled to be held March 8-21, attracts the game’s top players from both the men’s and women’s sides.
A statement on the tournament’s website said organisers are working with the ATP and WTA Tours as well as title sponsor BNP Paribas to confirm dates later in the year to hold the event.
“Details will be released in the near future as plans are finalised,” the statement read. “This decision was made after thorough consultation with state and local health authorities and tournament owner Larry Ellison.”
The start of the 2021 Australian Open, the year’s first Grand Slam, has already been delayed for three weeks until Feb. 8 due to the country’s strict border rules to curb the spread of the novel coronavirus. (Reuters)