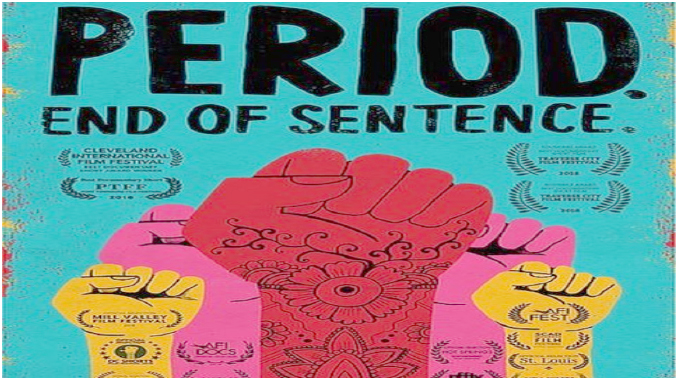 A film set in rural India, Period. End of Sentence, which is based on the taboos around menstruation has earned an Oscar nomination this year. The film earned a place among the top 5 nominees in the Documentary Short Subject category.
Helmed by award-winning Iranian-American filmmaker Rayka Zehtabchi, the film features the real ‘Pad Man’, Arunachalam Muruganathan.
Period… is executive produced by Guneet Monga and is co-produced by Monga’s Sikhya Entertainment.
On Tuesday, Monga took to Twitter to share the news. “We all made it happen! @RAYning @melissaberton @lisataback @StaceySher @Garrettschiff @douglasblush @mesopystic @samdavisdp and all the young girls who saw this dream from Oakwood school !! This is so EPIC !!,” she wrote.
The film is about women in India fighting against the deeply rooted stigma of menstruation and delving upon the work of the real-life Pad Man.
The film, set in rural India, is created by The Pad Project, an organisation established by an inspired group of students at the Oakwood School in Los Angeles and their teacher, Melissa Berton.
The 26-minute film follows girls and women in Hapur in northern India and their experience with the installation of a pad machine in their village.
(TS with agency inputs)