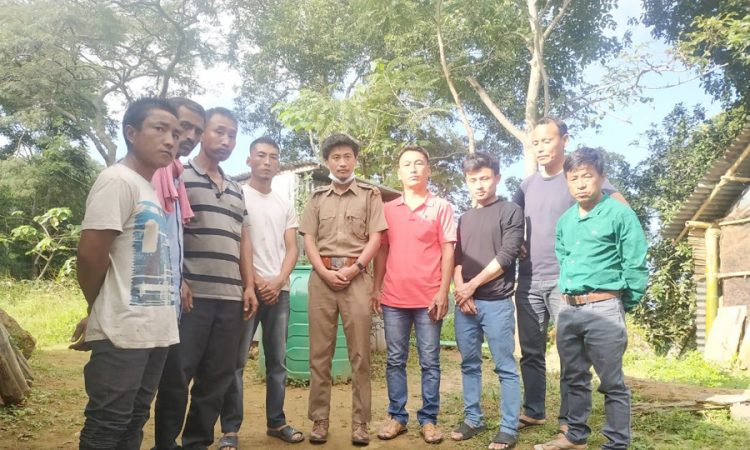 Dimapur, November 9: The Kohima Forest Division along with Tseminyu Range staff rescued an Indian Pangolin, an endangered species, at Logwesunyu village under Tseminyu range on November 8 night.
The animal is a nocturnal mammal and was found wandering into the village area by villagers on November 7, informed Divisional Forest Officer, Kohima, Rajkumar M, IFS.
The Indian Pangolin is one of the most trafficked mammals in the world and is considered an endangered species under International Union for Conservation of Nature (IUCN) and placed in Schedule I of Wildlife Protection Act, 1972.
The endangered animal was released into the wild in presence of Tseminyu Range staff, village council members and youths of the village.
The DFO Kohima has meanwhile thanked the villagers for their support in the rescue operation. (Page News Service)