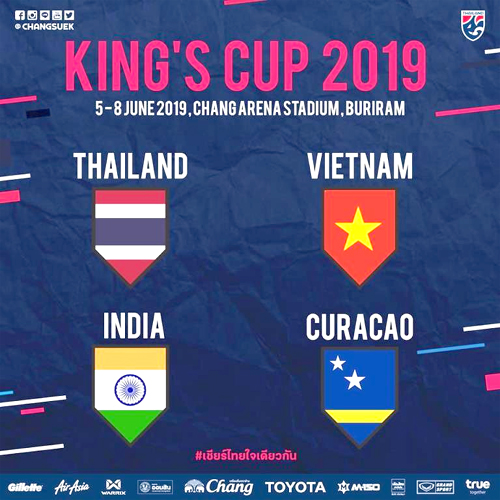 New Delhi, May 8: India will play against Caribbean nation Curacao in their first match of the 47th King’s Cup football tournament at Buriram in Thailand on June 5.
According to the fixture announced by Football Association of Thailand on Wednesday, the hosts will face Vietnam on June 5 in the four-team tournament.
The respective winners will lock horns against each other in the final on June 8 and the third-place match will be held earlier on the same day.
All the matches will be played at the Chang Arena Stadium, Buriram.
As per FIFA Rankings of April, India are ranked 101 and Thailand at 114. Vietnam are at 98 and Curacao at 82.
The King’s Cup is a FIFA-sanctioned international ‘A’ tournament being organised by the Thailand FA since 1968 and the results of the competition are included in the calculation of FIFA rankings. India’s previous participation in the King’s Cup was in 1977. (PTI)

Fernando Alonso returning to F1 next season with Renault

We have asked every state to adopt one sport: Rijiju