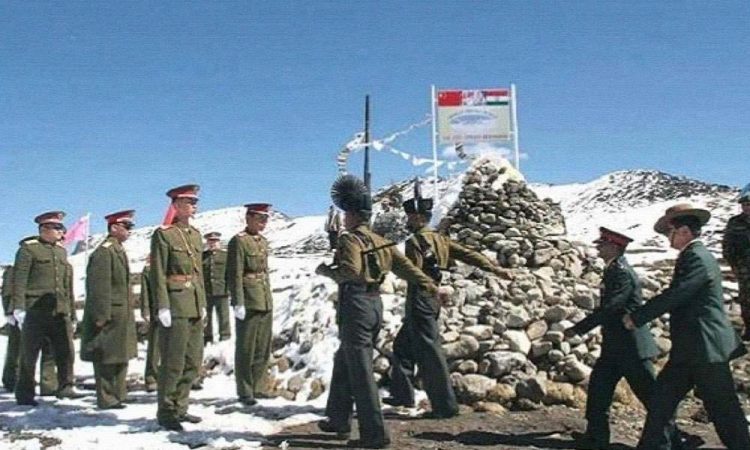 New Delhi, June 16: An Indian Army officer and two soldiers were killed during a violent confrontation with Chinese troops in the Galwan Valley in eastern Ladakh on Monday night, in the first such incident in the last 45 years reflecting massive escalation in the five-week border row.
The Army said India lost an officer and two soldiers during the violent face-off, while there were casualties on the Chinese side as well.
The extent of casualties on the Chinese side is not immediately clear.
According to a senior military officer, it is the first incident involving the casualty of an Indian soldier in a violent clash with the Chinese Army after 1975 when four Indian soldiers were killed in an ambush at Tulung La in Arunachal Pradesh along the de-facto border between the two countries.
Official sources said there was no firing between the two sides.
“During the de-escalation process underway in the Galwan Valley, a violent face-off took place on Monday night with casualties. The loss of lives on the Indian side includes an officer and two soldiers,” the Army said in a brief statement.
It is learnt that the Army officer killed in the clash was the commanding officer of a battalion at Galwan. It is believed that the three Army men died due to injuries sustained following stone-pelting by the Chinese side.
However, there is no official word on it.
Defence Minister Rajnath Singh reviewed the current operational situation in eastern Ladakh along with Chief of Defence Staff Gen Bipin Rawat and the three service chiefs. External Affairs Minister S Jaishankar was also present in the meeting.
Sources said Army Chief Gen MM Naravane’s visit to a base outside Delhi has been cancelled.
Large number of Indian and Chinese troops were engaged in an eyeball-to-eyeball situation in Galwan Valley and certain other areas of eastern Ladakh for last five weeks.
The incident comes days after the Indian Army Chief said both sides have begun disengaging from Galwan Valley.
China’s state-run newspaper Global Times claimed in a report that clashes were triggered by Indian troops as they crossed over to the Chinese side and carried out attacks on Chinese soldiers.
The Indian and Chinese armies are engaged in the standoff in Pangong Tso, Galwan Valley, Demchok and Daulat Beg Oldie in eastern Ladakh. A sizeable number of Chinese Army personnel even transgressed into the Indian side of the de-facto border in several areas including Pangong Tso.
The Indian Army has been fiercely objecting to the transgressions, and demanded their immediate withdrawal for restoration of peace and tranquillity in the area. Both sides held a series of talks in the last few days to resolve the row.
In their first serious efforts to end the row, Lt General Harinder Singh, the general officer commanding of the Leh-based 14 Corps, and Commander of the Tibet Military District Maj Gen Liu Lin held a nearly seven-hour meeting on June 6.The meeting was followed by two rounds of Major General-level talks.
The Indian side has been pitching for restoration of status quo ante and immediate withdrawal of thousands of Chinese troops from the areas which India considers on its side of the LAC.
On Saturday, Gen Naravane said both sides are “disengaging” in a phased manner.
“We have started from the north, from the area of the Galwan river where a lot of disengagement has taken place. It has been a very fruitful dialogue that we have had,” he had said.
Following the standoff in eastern Ladakh, the two sides have deployed additional troops along the LAC, the de-facto Sino-India border, in North Sikkim, Himachal Pradesh, Uttarakhand and Arunachal Pradesh in the last few days, the sources said.
After the standoff began early last month, the Indian military leadership decided that Indian troops will adopt a firm approach in dealing with the aggressive posturing by the Chinese troops in all disputed areas of Pangong Tso, Galwan Valley, Demchok and Daulat Beg Oldie.
The Chinese Army has been gradually ramping up its strategic reserves in its rear bases near the LAC by rushing in artillery guns, infantry combat vehicles and heavy military equipment.
The trigger for the face-off was China’s stiff opposition to India laying a key road in the Finger area around the Pangong Tso Lake besides construction of another road connecting the Darbuk-Shayok-Daulat Beg Oldie road in Galwan Valley.
The road in the Finger area in Pangong Tso is considered crucial for India to carry out patrol. India has already decided not to stall any border infrastructure projects in eastern Ladakh in view of Chinese protests.
The situation in the area deteriorated after around 250 Chinese and Indian soldiers were engaged in a violent face-off on May 5 and 6. The incident in Pangong Tso was followed by a similar incident in north Sikkim on May 9.
The India-China border dispute covers the 3,488-km-long LAC. China claims Arunachal Pradesh as part of southern Tibet, while India contests it.
Both sides have been asserting that pending the final resolution of the boundary issue, it is necessary to maintain peace and tranquillity in the border areas. (PTI)