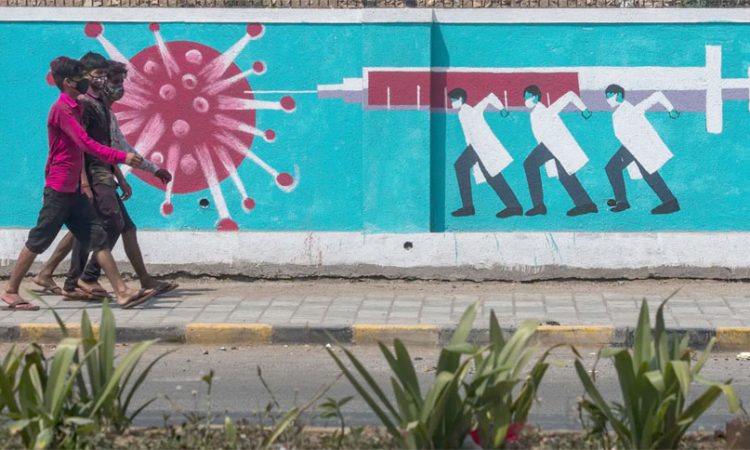 New Delhi, April 5: Having successfully managed the first wave of the coronavirus pandemic, India is well prepared to combat the scourge of the second wave, the Finance Ministry’s monthly economic report said.

The report further said high-frequency data indicates that India is on the path to become better and stronger.
“After battling a historic pandemic in FY 2020-21, the Indian economy is poised to build back better and stronger as is reflected in the movement of several high-frequency indicators.
“Instrumental in this resilient comeback will be a strong revival in investment growth supported by the AtmaNirbharBharat Mission and a massive boost to infrastructure and capital expenditure provided for in the Union Budget 2021-22,” the report said.
The rise in daily new cases since mid February marks the onset of second wave of Covid-19 infection in India, the report said, adding the country “has, however, been able to delay the onset of the second wave – the gap between the first peak to start of the second wave has been 151 days in India while it was much lower in other countries.”
At this juncture of the onset of the second wave, the report said, India is well prepared to combat the scourge of the virus.
“The wheels of India’s capex cycle have been set into motion, signs of which are imminent in the second half of the year. As the vaccination drive continuously upscales in India and guided by the learnings of India’s successful management of pandemic during its first wave, India is now well armed to combat any downside risk posed by the recent surge in COVID-19 cases,”the report said.
With the end of a challenging 2020-21, the crest of a brighter and self-reliant 2021-22 awaits India, the Finance Ministry report said.
The fiscal position of the Centre has witnessed improvement in the recent months due to a revival in the economic activities, it said.
“During April 2020 to February 2021, the Centre’s fiscal deficit stood at Rs 14.05 lakh crore, which is 76% of Revised Estimate 2020-21. Net Tax Revenue of the Central Government for 2020-21 is set to overshoot the RE despite 41% higher income tax refunds this year,” it said.
To share the revenue buoyancy seen in Q4 2020-21 and in the true spirit of fiscal federalism, an amount of Rs 45,000 crore has been released as additional devolution to states in 2020-21, an increase of 8.2% over RE, it said.