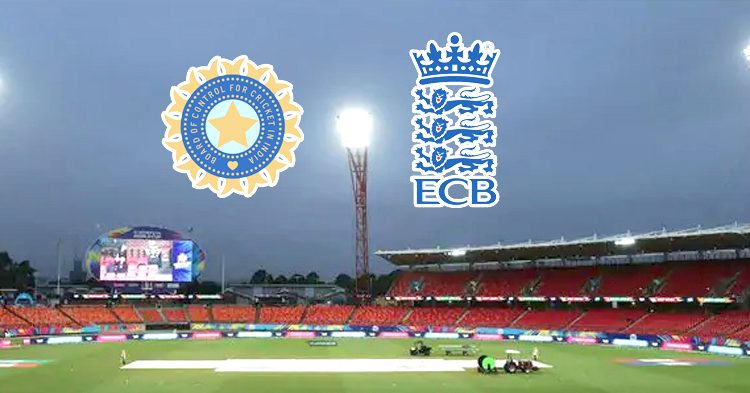 AHMEDABAD, March 3: A ruthless India will not take their foot off the pedal while taking England for another ‘spin ride’ in the high-stakes Test series finale starting on Thursday, aiming to not just complete another dominant home performance but also realise their World Test Championship dreams.

Virat Kohli’s men need at least a draw to maintain the current 2-1 scoreline to qualify for the Lord’s final against New Zealand while England at best can heal Tim Paine’s January scars by letting Australia a lucky passage to the summit clash with a win.
While a draw always seems a safe option in a game like this, Kohli and coach Ravi Shastri, with their attacking instincts, wouldn’t like to play a defensive game, which at times can be counter-productive.
India laid a venomous trap on the refurbished Motera and, with the pink ball, demolished England inside two days, messing more with their minds than getting any tangible help from the track.
Axar Patel bowled ramrod straight and England had their heads ‘spinning’ from the start. The ploy has worked well for the hosts since the second Test in Chennai.
Both Ajinkya Rahane and Zak Crawley felt that the track for the fourth Test looks “similar” to what they got in the previous two matches, but the red ball, which skids less off the surface compared to the pink one, promises to make it a better contest between the two teams.
This is a Test match where England have little to gain save salvaging a bit of pride in a drawn series, while India have everything to lose.
Despite being India’s most prolific Test captain in terms of numbers, Kohli would be the first one to admit that he hasn’t had the kind of success his illustrious predecessor Mahendra Singh Dhoni had with regards the ICC events.
While this is an ICC event of a different kind, no one more than Kohli would be itching for course correction and build his own lasting legacy as a captain.
For that, he wouldn’t pull back punches. And on another track that helps his ‘snipers’ Patel and Ravichandran Ashwin, Kohli would love to see them adding to their current cumulative tally of 42 wickets for the series.
With Indian spinners accounting for 49 of the 60 English wickets in the first three Tests, it is anybody’s guess as how things will pan out in the final Test at the Narendra Modi Stadium.
Kohli wouldn’t have any complaints with his spinners, who have delivered what was expected of them, but the batting has left a lot to be desired in the entire series. It’s just that England have been worse in their last four innings.
But that is no sound explanation for Indian batsmen’s failure to dominate proceedings in their own backyard.

Rohit Sharma’s 296 runs in three games is 120 runs more than second best Ashwin (176 runs), who got a hundred on a difficult Chepauk track.
Apart from Rohit, none of the Indian batsmen have felt too comfortable till now on the turners on offer.
Kohli, despite two fifties, hasn’t had the best of times while Ajnkya Rahane, Cheteshwar Pujara and Shubman Gill have all had only one innings of note over three Test matches.
All Kohli would want is a steady, if not exceptional, performance in games such as these where failure can leave many a slip between the cup and lip.
While there won’t be any Jasprit Bumrah, one of the finest exponents of bowling on sub-continental tracks, for the final Test, Umesh Yadav is expected to be back in action.
It remains to be seen whether Ishant Sharma or Mohammed Siraj partner him.
For England, poor team selection has also contributed to their shoddy batting, where Joe Root (333 runs), with his first Test double hundred, managed to maintain a fair gap (187 runs) between him and the second highest scorer Ben Stokes (146).
Not having a second specialist spinner in Motera didn’t exactly make the team management look too smart, especially after Root scalped a career-best 5 for 8.
Jack Leach (16 wickets) has done his bit but he does have his own set of limitations and with his pace, which is on an average 10 kmph less than Patel, he is unlikely to always trouble the batsman.
But Leach would again play a significant role on a similar sort of track and may expect Dom Bess for company. Bess was impressive in the opening Test in Chennai but since then has cooled his heels. (PTI)