Sign in
Home National India to give befitting reply if anyone casts evil eye: Prasad

Kolkata, July 2: Calling the ban on Chinese apps a “digital strike”, Union Minister Communications Minister Ravi Shankar Prasad on Thursday said India is wants peace, but if someone casts an evil eye, the country is capable of giving a befitting reply.
Hailing the “strong” leadership of Prime Minister Narendra Modi, he asserted, if our country has lost 20 soldiers, the toll is double on the Chinese side.
“Now you can hear about only two ‘Cs’ – Coronaviris and China. We believe in peace and solve problems through discussion, but if somebody casts an evil eye on India, we will give a befitting reply…if our 20 jawans have sacrificed their lives, then the toll is double on the Chinese side.
“You all must have noticed that they have not come out with any figure,” Prasad, also the Union electronics and information technology minister, said addressing a virtual rally for the people of Bengal.
Recalling how India had responded after terror attacks in the recent past, Prasad, said, You all must remember how we had retaliated after Uri and Pulwama (terror strikes). When our PM is saying that the sacrifice of our jawans won’t go in vain, it has a meaning. Our government has the will to deliver.”
Insisting that India carried out a “digital strike” to protect the data of countrymen, Prasad sought to know why the TMC was opposing the ban on Chinese apps.
“We are witnessing a strange trend in Bengal; the ruling TMC had earlier asked why we were not banning the apps, now they want to know why we are banning the apps. This is strange, why can’t they stand with the government at the time of crisis,” he said.
Trinamool Congress MP Nusrat Jahan had on Wednesday termed the Centre’s decision to ban 59 Chinese apps including TikTok an “eyewash and an impulsive decision”, and said the Union government should substitute them with Indian apps as the livelihood of many people associated with these applications had been affected.
He also attacked the CPI-M over its “silence” on the Sino-Indian border confrontation.
“I am surprised why the CPI-M has not criticised China. Is it the same CPI-M that it was in 1962?” he said. (PTI) 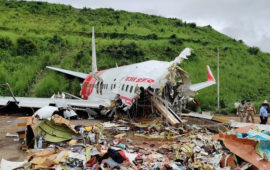 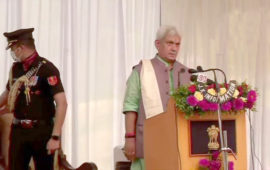 Manoj Sinha sworn in as Jammu and Kashmir LG, says he will prioritise dialogue with people and development

COVID-19 may have longer incubation period of 8 days, scientists say