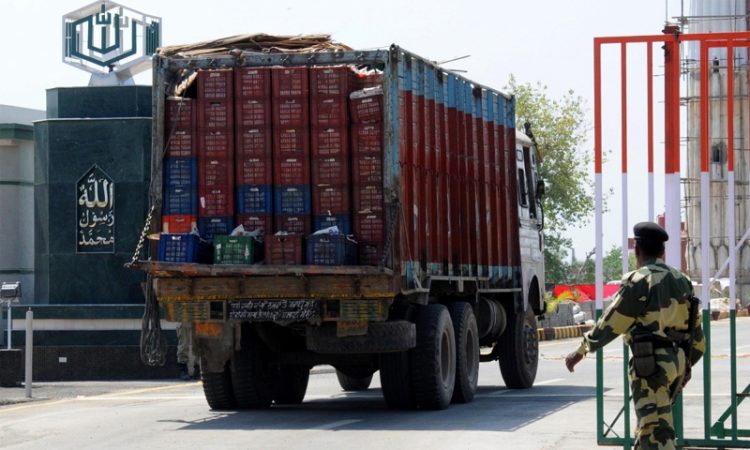 Jammu, April 18: Following reports of Pakistani agencies pumping in weapons, narcotics and currency through the cross-LOC trade routes, the Centre in a tough action on Thursday suspended trade with Pakistan occupied Kashmir (PoK) through the two points in Jammu and Kashmir till further orders.
The action came after trucks coming from PoK were found carrying narcotics, weapons and Indian currency. Narcotics worth about Rs 300 crore were recently seized from a truck.
The National Investigation Agency (NIA), Enforcement Directorate and CBI had raided houses of several persons involved in the cross-border trade and seized vital documents. Some traders have been arrested by the NIA for their alleged involvement in the hawala money case related to terror funding.
Suspending the trade through both Chakan-da-Bagh (Poonch) and Salamabad (Kashmir) points in Jammu and Kashmir, the Home Ministry said: “The Government of India has received reports that cross-LoC Trade routes in Jammu and Kashmir are being misused by Pakistan based elements. This misuse involves illegal inflow of weapons, narcotics and currency”.
“The LoC trade mechanism is therefore being suspended pending the putting into place a stricter regulatory regime. This is to ensure that only bonafide trade takes place, for the benefit of the people of Jammu and Kashmir, through this mechanism”.
Cross-LoC trade was started as a confidence building measure through the two points during the Congress led UPA government at the centre.
Trade worth over Rs 2500 crores has so far been done through the two points. (Agencies)