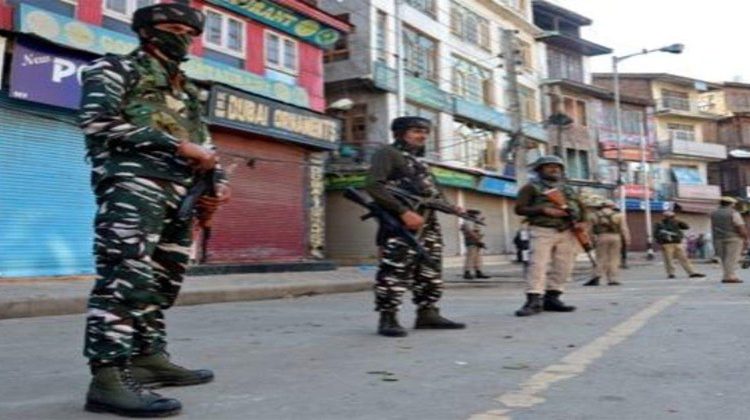 WASHINGTON, October 17: A concerted pushback by India against what it considers a warped narrative on the Kashmir issue included countering “ridiculously false” claims that New Delhi was piping in “Hindu music” into the Valley to indoctrinate its largely Muslim population.
This was just one of the several concerns voiced by US lawmakers on Wednesday to group of Indian diplomats led by India’s ambassador to the US Harsh Vardhan Shringla as it sought to brief them about the ground situation in Kashmir ahead of a Congressional hearing on October 22.
The hearing, which has been broadened to survey “Human Rights in South Asia,” will include testimony by Fatima Gul, a SindhiAmerican human rights activist, and Francisco Bencosme of the Amnesty International, among others.
Channeling concerns relayed by their constituents, some of which New Delhi views as valid and others exaggerated or outright false, lawmakers also questioned the Indian team about use of pellet guns, custodial issues, communications lockdown, and lack of access to the region for foreign correspondents.
Officials said they apprised lawmakers of the use of pellet guns in only extenuating circumstances (such as rioting which could result in loss of life) and asserted that communications were being restored gradually, with the prime aim of preventing he misuse of facilities such as pre-paid telephony by terrorists who have previously abused the system to carry out terrorist attacks. The important thing was preventing loss of life, which New Delhi had succeeded in doing to a large extent, much to the dismay of those who were eager to see a bloodbath.
Officials also pushed back against claims of custodial disappearance of young men from the Valley and offered to address any such cases. But only one such case had been brought to their notice by a US lawmaker and communication has since been established between the detainee and his family.
“The sense we got was there is a lot of sensationalism and exaggeration and deliberate misinformation and misleading that is happening as part of what some constituents are telling some Congressmen,” a senior Indian official said of the briefing, noting that most of the lawmakers did not question the fundamental issue of India’s sovereignty over Jammu & Kashmir and its right to conduct its own internal affairs.
Some lawmakers, mostly Democrats (and their staffers) filtered in an out of the briefing room on a rainy day in the capital awash with a myriad foreign policy issues, of which the Syria-Turkey-Kurds problem remained center stage. The briefing was convened by California Congressman Brad Sherman, who heads the House sub-committee on Asia and the Pacific, and who will also preside over the October 22 hearing.
Separately, a group of Kashmiri Pandits also came to the Capitol to brief lawmakers about their heritage and the ethnic cleansing they suffered at the hands of extremists in Kashmir. (TNN)