HomeTop StoriesIndia not to participate in multilateral war game in Russia next month
Top Stories
9 months agoAugust 29, 2020No tags 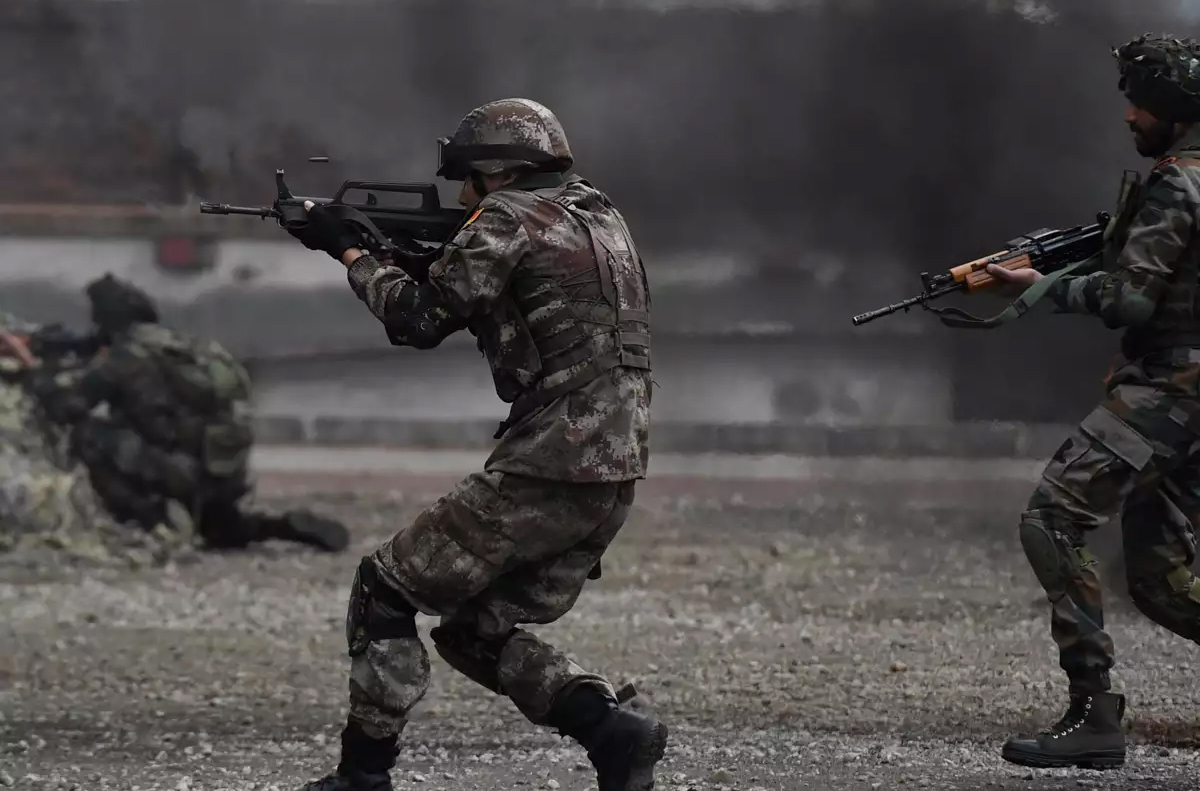 New Delhi, August 29: India on Saturday announced that it is withdrawing from a multilateral war game in Russia next month, a week after confirming its participation in the exercise that is also expected to be attended by the Chinese and Pakistani troops.
In a late night statement, a defence ministry spokesperson said India has decided not to send its contingent to the exercise in view of the coronavirus pandemic and “consequent difficulties”.
People familiar with the development said China’s participation in the exercise was a major factor behind the decision.
Last week India had conveyed to Russia that it will participate in the strategic command-post exercise to be held in the Astrakhan region in southern Russia from September 15 to 26.
“Russia and India are close and privileged strategic partners. At Russia’s invitation India has been participating in many international events. However, in view of Pandemic and consequent difficulties in exercise, including arrangements of logistics, India has decided not to send a contingent this year to Kavkaz-2020,” Defence Ministry Spokesperson A Bharat Bhushan Babu said.
He said the decision has been conveyed to the Russian side.
It is learnt that the decision was taken following deliberations between the top brass of the military and the ministry of external affairs.
Indian and Chinese troops have been engaged in a bitter standoff in several areas along the Line of Actual Control in eastern Ladakh for over three-and-half months. Both the countries are holding talks at military and diplomatic levels to resolve the dispute.
Around 20 countries including all member-nations of the Shanghai Cooperation Organisation (SCO) including China and Pakistan are expected to participate in the Kavkaz exercise.
On Tuesday, Indian officials attended a meeting of representatives of the participating countries in Volgograd which deliberated on various aspects of the exercise.
India’s decision not to participate in the military drill comes ahead of Defence Minister Rajnath Singh’s scheduled visit to Russia next week to attend a crucial meeting of the SCO.
The SCO defence ministers’ meeting is expected to deliberate on regional security scenario and geo-strategic developments.
India had earlier planned to send around 150 Indian Army troops, 45 Indian Air Force personnel and a number of Navy officers to the multilateral military exercise.
Russia has been a major partner of India in the defence sector and the cooperation has been steadily growing further.
In June, a tri-services contingent from India participated at the Victory Day Parade at the iconic Red Square in Moscow to commemorate the 75th anniversary of the Soviet victory over Nazi Germany in the Second World War. A contingent from China had also attended it.
Both India and China are members of the SCO, an influential regional grouping.
The SCO, seen as a counterweight to NATO, has emerged as one of the largest transregional international organisations which accounts for almost 44 per cent of the world population stretching from the Arctic Ocean to the Indian Ocean and from the Pacific Ocean to the Baltic Sea.(PTI)