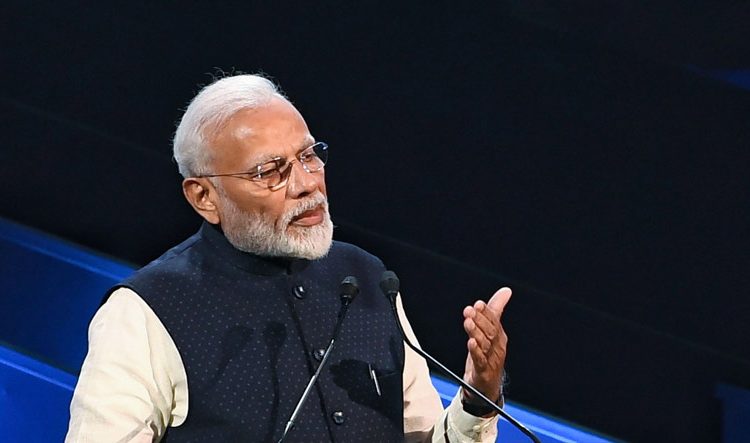 Bangkok, November 4: After years of negotiations, India on Monday pulled out of the China-backed mega Regional Comprehensive Economic Partnership (RCEP) over unresolved “core concerns”, with Prime Minister Narendra Modi saying the proposed deal would have adverse impact on the lives and livelihoods of all Indians.
Modi conveyed India’s decision not to join the RCEP deal at a summit meeting of the 16-nation bloc, effectively wrecking its aim to create the world’s largest free trade area having half of the world’s population.
“The present form of the RCEP Agreement does not fully reflect the basic spirt and the agreed guiding principles of the RCEP. It also does not address satisfactorily India’s outstanding issues and concerns. In such a situation, it is not possible for India to join RCEP Agreement,” Modi said.
Sources said China was forcefully pushing for inking the deal during the RCEP summit in an attempt to counter-balance the impact of its lingering trade war with the US as well as to project the region’s economic might to the West.
“India stands for greater regional integration as well as for freer trade and adherence to a rule-based international order. India has been pro-actively, constructively and meaningfully engaged in the RCEP negotiations since inception. India has worked for the cherished objective of striking balance, in the spirit of give and take,” the prime minister said.
“Today, when we look around we see during seven years of RCEP negotiations, many things, including the global economic and trade scenarios have changed. We cannot overlook these changes,” he added.
“When I measure the RCEP Agreement with respect to the interests of all Indians, I do not get a positive answer. Therefore, neither the Talisman of Gandhiji nor my own conscience permit me to join RCEP,” Modi said.
Government sources said the prime minister stood firm on not becoming a part of the RCEP deal as India’s key concerns were not addressed.
The RCEP negotiations were launched by ASEAN leaders and six other countries during the 21st ASEAN Summit in Phnom Penh in November 2012. The objective of launching RCEP negotiations was to achieve a modern, comprehensive, high-quality, and mutually beneficial economic partnership agreement among the ASEAN member States and its FTA partners.
“India conveyed its decision at the summit not to join the RCEP agreement. This reflects both our assessment on the current global situation as well as fairness and balance of the agreement. India had significant issues of core interests that remained unresolved, Secretary (East) in the Ministry of External Affairs Vijay Thakur Singh told reporters here.
The sources said the unresolved issues included inadequate protection against import surge, lack of credible assurances to India on market access and non-tariff barriers, possible circumvention of rules of origin by certain countries and insufficient differential with China on trade.
After India opted out, the leaders of 15 RCEP countries issued a statement resolving to sign the free trade pact next year.
Singh said the prime minister highlighted at the RCEP summit that he was guided by the impact the deal would have on the lives and livelihoods of all Indians, especially the vulnerable sections of the society.
Asked if there was a possibility of India joining the RCEP at a later stage, she only reiterated that India has decided not to be part of it.
In its statement, the RCEP countries said India has significant outstanding issues, which remained unresolved.
“We noted 15 RCEP participating countries have concluded text-based negotiations for all 20 chapters and essentially all their market access issues; and tasked legal scrubbing by them to commence for signing in 2020,” according to the statement.
“All RCEP participating countries will work together to resolve these outstanding issues in a mutually satisfactory way. India’s final decision will depend on satisfactory resolution of these issues, it said, keeping alive hope of New Delhi’s return to the fold.
India and 15 other Asia-Pacific countries were involved in nearly seven years of negotiations to hammer out the final contours of the deal and create the world’s largest free trade region.
Diplomatic sources said India came to the last rounds of negotiations in Bangkok, hoping that the issues raised by it were addressed.
The negotiations for the proposed free-trade agreement included 10 member countries of the Association of Southeast Asian Nations (Asean) and six of the bloc’s dialogue partners — China, Japan, South Korea, India, Australia and New Zealand.
If finalised, the RCEP would have become the world’s largest free trade area, comprising half of the world population and will account for nearly 40 per cent of the global commerce and 35 per cent of the GDP.
On Saturday, the trade ministers from 16 RCEP countries failed to resolve the outstanding issues identified by India though back-channel talks continued on the sidelines of the ASEAN summit to resolve the sticky issues.
India has been forcefully raising the issue of market access as well as protected lists of goods mainly to shield its domestic market as there have been fears that the country may be flooded with cheap Chinese agricultural and industrial products once it signs the deal.
“Gone are the days when Indian negotiators caved-in to pressures from the global powers on trade issues,” government sources said. (PTI)