India lose 0-4 to Australia in hockey 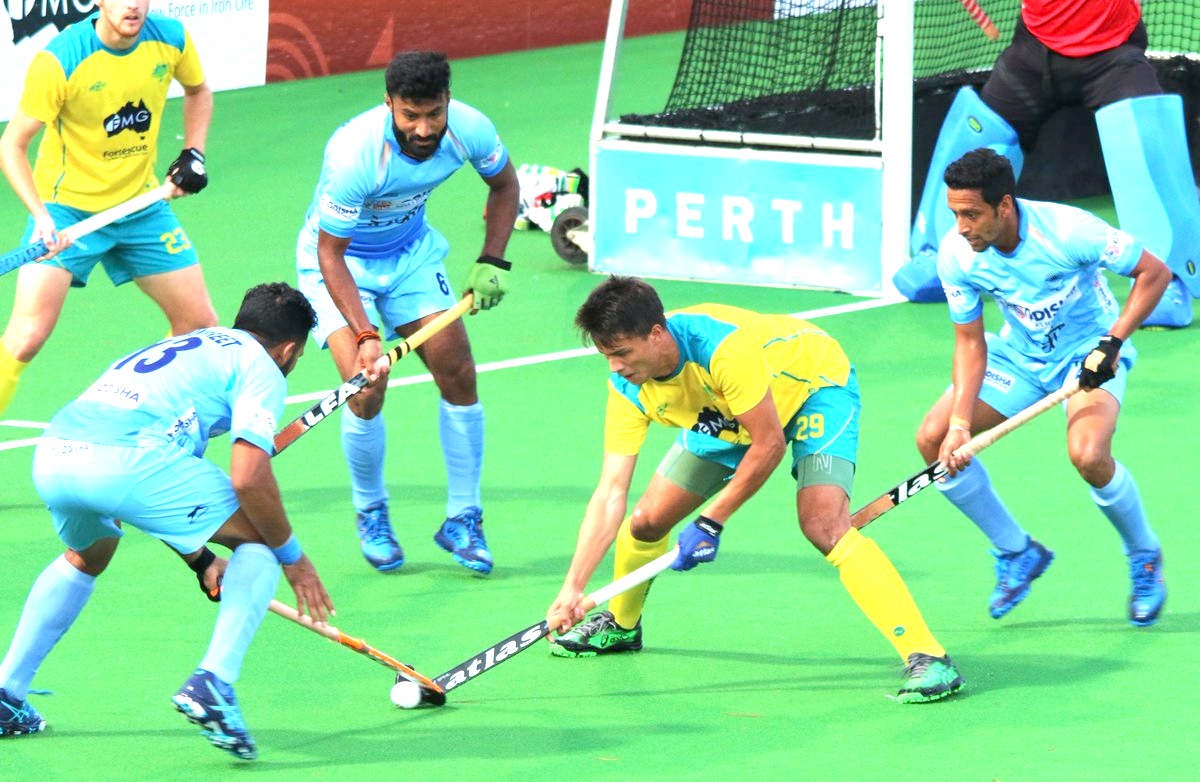 PERTH, May 15: The Indian men’s hockey team was blanked 0-4 by World No.2 Australia in the four match of the tour Down Under with Blake Govers and Jeremy Hayward scoring a brace each for the hosts, on Wednesday.
After remaining unbeaten in their first three matches of the tour, World No.5 India were handed a lesson in hockey by the Kookaburras with Govers (15th, 60th minutes) and Hayward (20th, 59th) finding the net twice each.
India started the match well as they pressed Australia higher up the field, but were dealt two successive blows in five minutes.
The visitors had earlier earned themselves an early penalty corner in the fifth minute, but Harmanpreet Singh’s shot was successfully blocked by the first rusher.
In the 12th minute, Harmanpreet was in action again as he played one-two with Nilakanta Sharma on the right flank, who played in a well-calculated through-ball back to the defender, but he failed to reach the ball quickly enough.
Seconds from the first quarter Australia secured their first penalty corner, which resulted in a penalty stroke for the hosts and Govers made no mistake from the set-piece.
Five minutes into the second quarter, Australia earned back-to-back penalty corners and from the second chance Hayward beautifully flicked the ball low into the right side of goal past India goalkeeper Krishan Bahadur Pathak to double their lead. But three minutes later, Pathak came to India’s rescue to deny Australia from another penalty corner opportunity. (PTI)

Kohli unquestionably the best at the moment: Ian Chappell