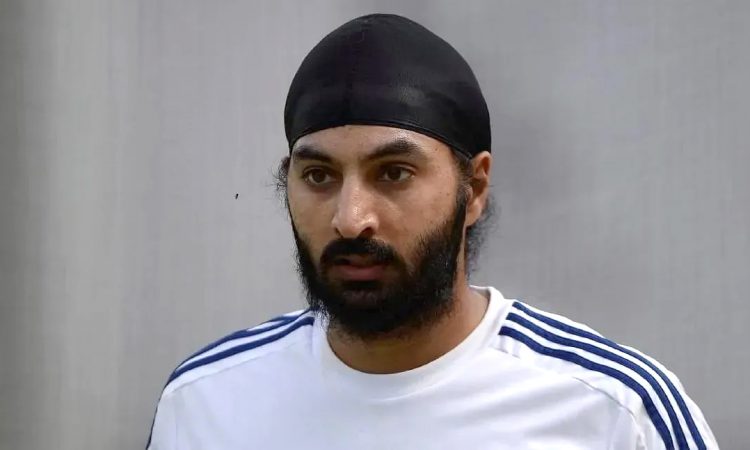 NEW DELHI, May 23: Former England spinner Monty Panesar feels New Zealand will hold the edge over India in the World Test Championship final if conditions favour the pacers at the Ageas Bowl in Southampton.
It is rainy and cold in the UK at the moment and if it stays that way for the WTC final starting from June 18, then it will be advantage New Zealand, feels Panesar.

“At the moment there is a lot of rain around. If the weather stays like this then it will be an interesting battle between the Indian and New Zealand seamers. The New Zealand batsman also play the moving ball better than Indian batsmen.
“So, that, that would be quite interesting to see if the ball is swinging and moving at some stage during the Test match, how the Indian batsmen, stand up to it compared to the New Zealand,” Panesar told PTI over the phone from UK.
However, if it is nice and sunny in the port city of Southampton, then the conditions will suit India more, said the former left-arm spinner.
Panesar also expects the ICC to prepare a neutral wicket and not a green top as the WTC is supposed to be a good advert for the five-day game.
“They have got a great draining system at the Ageas Bowl. Normally you see nice good hot weather. Hopefully, the game will go on for the whole four to five days,” he said.
“On that basis, you are looking at two spinners (Ashwin and Jadeja) from India and three seamers. If the weather is clear then India become favourites. So it depends a lot on the conditions.”
Indian team will arrive in the UK on June 2 and will get a little over 10 days to train.
New Zealand, on the other hand, are playing two Tests against England before the WTC final and many see it as a big advantage but Panesar reckons it can be a double-edged sword.
“If New Zealand do well in the next two Test matches, then the momentum is going to favour them against India. But if England can beat them, suddenly they’re going to be low on confidence and it is a good time for India to come,” he said.
“James Anderson and Stuart Broad are usually very effective at this time of the year but England have picked a B team (for NZ series) in the absence of some key players, so we will see.”
However, Panesar feels despite not getting enough time for preparation India have got the belief to win from any situation after the triumph in Australia.
“If you said the WTC final is in a week’s time, I would pick India as they have played much more hard cricket. The team is probably believing that it can win from any situation, while New Zealand have played good cricket, but they haven’t really had the hard victories like India.
“What really makes a top team is when you win from really difficult, tough situations.”
The tour of Australia showed India’s depth and the upcoming series against New Zealand will give good account of England’s talent pool in the absence of Jos Buttler, Jofra Archer, Ben Stokes, Moeen Ali, Sam Curran and Jonny Bairstow.
“You saw the depth of Indian cricket in Australia, now you will see the depth of England cricket. Where does the team stand if Joe Root doesn’t score? Who steps up if Broad and Anderson go for runs?
“So, there are many questions that need to be answered.”
Five Tests between India and England follow the WTC final and Panesar predicted a 5-0 win for the visitors.
“The series is in August, it is going to nice and hot, wickets will be dry. If there was any other time I would have said England. That time of the year favours India,” Panesar added.