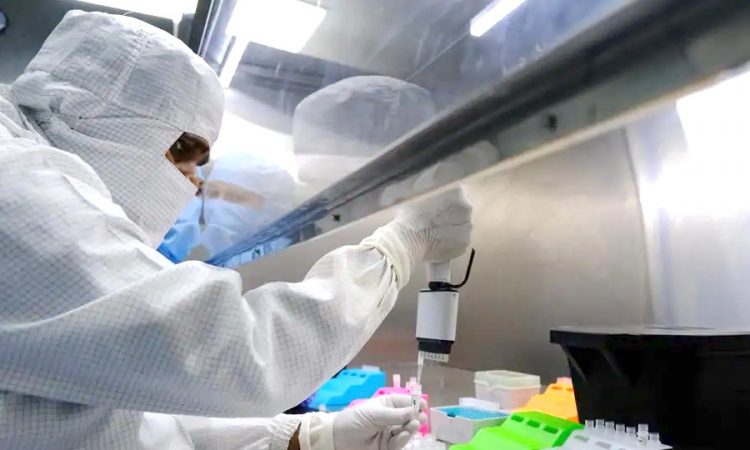 An R&D team of Israel’s Ministry of Defence has been working with India’s chief scientist K. Vijay Raghavan and DRDO to develop rapid testing for Covid-19 that can give results in under 30 seconds.(Representative image/Bloomberg)

New Delhi, July 23: An unprecedented anti-Covid-19 cooperation operation between India and Israel is on the anvil as the two countries are racing to develop rapid testing for the virus that could give results in under 30 seconds, the embassy of Israel in India said Thursday.
“In the coming weeks, Israel’s Ministry of Foreign Affairs Israel Foreign Ministry, Ministry of Defence and Ministry of Health will lead an unprecedented anti-Covid 19 cooperation n between India and Israel,” the embassy tweeted.
“A special planned flight from Tel Aviv to New Delhi is set to carry a high ranking Ministry of Defence, R&D team which has been working with India’s chief scientist K. Vijay Raghavan and DRDO to develop rapid testing for #Covid_19 in under 30 seconds,” it said in another tweet.
Professor Krishnaswamy Vijay Raghavan is thr government’s principal scientific adviser .
The embassy acknowledged India’s help to Israel when the pandemic hit that country and now wants to reciprocate.
“In the first outbreak of Covid-19 in Israel, India gave Israel special authorization to acquire medicine, masks & protective gear. Now, Israel is proud to reciprocate this significant gesture & grant authorization for purchasing of respirators to its great friend in the east,” the embassy said in another tweet.
Israel’s Covid-19 tally stands at over 56,000 out of which more than 23,000 have recovered and 433 have died.
Israeli ambassador to India, Ron Malka said, “I am proud to lead this Israeli delegation to India. It is at times like this that our friendship is tested, and the State of Israel is happy to lend a helping hand to India in this complicated and difficult time.”
During a phone conversation in June, Prime Minister Narendra Modi and his Israeli counterpart Benjamin Netanyahu “agreed the post-Covid world would create further avenues for mutually beneficial partnerships in many areas”, according to a readout from the external affairs ministry.
They discussed potential areas in which India and Israel could expand cooperation in the context of the pandemic, including research and development in vaccines, therapeutics and diagnostics. (Courtesy: HT)