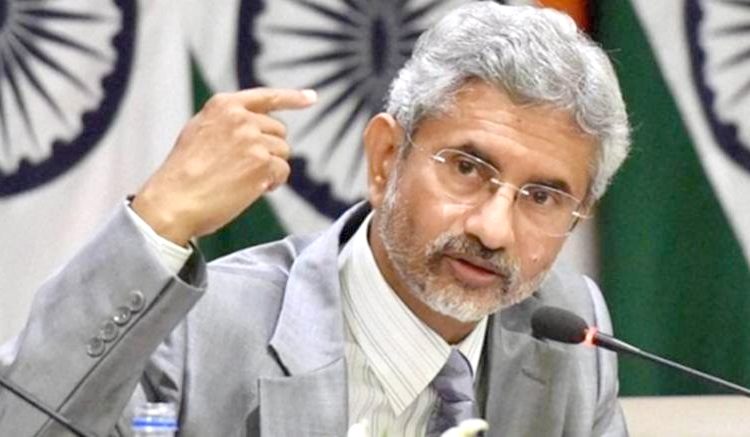 New Delhi, December 12: External Affairs Minister S Jaishankar on Saturday said India was being tested in the seven-month-long border standoff with China in eastern Ladakh and expressed confidence that the country will meet the national security challenge.
Calling the “events” along the Line of Actual Control (LAC) in eastern Ladakh “very disturbing”, Jaishankar also said what has happened there was not in China’s interest as it is facing the prospect of losing goodwill in India that was developed carefully in the recent decades.
He said these events have raised some very “basic concerns” as the “other party” has not abided by agreements on respecting the LAC.
Participating in an interactive session at the annual general meeting of the industry body FICCI, he declined to be drawn into a discussion on any timeline for a resolution of the standoff.

When asked whether it will be a long-haul or a breakthrough is expected soon for a resolution to the military standoff, Jaishankar said: “I would not go into prediction zone at all, whether it is going to be easy or not, and what will be the timelines.”
“I do not believe that the events of this year have helped at all. In fact I think the real danger is that the goodwill which was so carefully developed will dissipate,” he said.
“But I also would say that, yes, we are being tested. I have every confidence that we will rise to the occasion; we will meet that national security challenge. But beyond that, at this time, I would really frankly keep my own counsel.”
The armies of India and China are locked in a tense border standoff in eastern Ladakh since early May. Both sides have held multiple rounds of military and diplomatic talks. However, no breakthrough has been achieved yet.
“I also believe that what has happened is not actually in the interest of China. Because what it has done is — it has significantly impacted public sentiment (in India). Professionally, I have seen the evolution of how the Indian public feels about China over the last many decades and I am old enough to remember much more difficult days, especially in my childhood and in my teens,” he said.
Jaishankar also said a lot of work had gone into developing the relationship on both sides.
“I think the events of this year have been very disturbing; they have raised some very basic concerns because they have happened because the other party has not abided by agreements that we have had with them about respecting and observing the Line of Actual Control and not bringing the forces to the Line of Actual Control.”
Asked about the proposed trade deal with the US, Jaishankar said fairly serious negotiations had taken place between the government and the Trump administration on resolving outstanding trade issues.

“There was a fairly serious negotiation between our government and the Trump administration on resolving the outstanding trade issues. I think the general thinking on both sides was ‘let’s deal with differences before we think of something bigger’,” he said.
The external affairs minister said a lot of discussions had taken place over the proposed deal.
“For a variety of reasons, they didn’t close it out. I can tell you on our side, we were dead serious. We wanted to deal with those issues because we thought there was something much bigger that was in store for the relationship. But it didn’t happen. And often when it comes to trade discussions (they) are like business discussions between two governments,” he said.
In such discussions, the Devil is in the details, he said adding, “If you do not close out a deal, it is not a deal.”
“We made a very focused serious persevering effort, it didn’t get done this year. I do believe that in a very very basic way, the US is a complementary economy,” he said.
The external affairs minister further said: “I certainly hope that we have serious discussions once the (Biden) administration comes in. I know our minister is very focused on it, and it is something which is rightly very important on his agenda.”
Asked about the outcome of the US presidential election, Jaishankar suggested that the ties between the two countries will continue to expand.
“If I were to sum up my takeaway from the Biden administration coming into office, I would say vis-a-vis the world, quite apart from the security issues and the political influence issues, one big question for them is how do they keep America competitive. And the other big question is really, how do they deal with the climate change challenge,” he said.
Jaishankar said the Indo-US relationship is at a “different level” now and that cooperation in security and defence will continue to be key aspects of it.
“When it comes to economic issues, especially competitiveness, I think India can make a big difference. Because we are actually doing today much more on global issues and global challenges than we have done before, even on something like climate change if you look,” he added. (PTI)