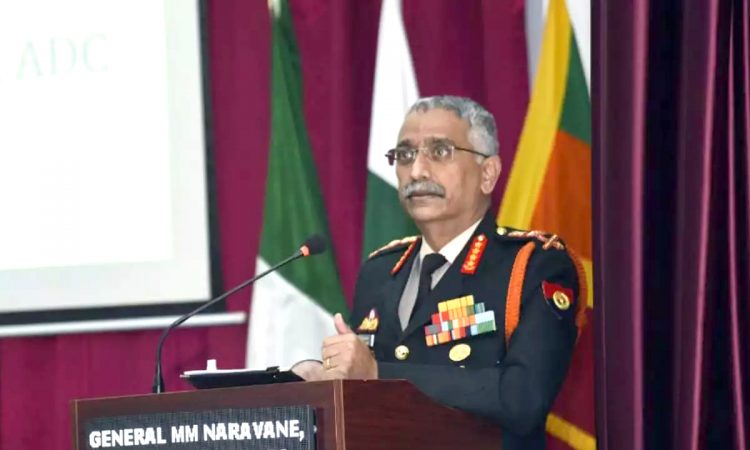 NEW DELHI, November 10: India is hopeful of reaching an agreement with China to defuse the military confrontation in eastern Ladakh, in accordance with the guidelines issued after meetings between the foreign and defence ministers of the two countries, said Army chief General M M Naravane on Tuesday.

The rival corps commanders, who held the eight round of military talks on November 6, “are ironing out the modalities of how to proceed ahead within the overarching guidelines communicated after the ministerial meetings”, said Gen Naravane, speaking at a conclave organized by defence web portal Bharat Shakti.
“The process is on. We are hopeful that we will be able to reach an agreement that is mutually acceptable and mutually beneficial in keeping with the overarching policy guidelines…The situation is quite stable,” he added.
TOI had reported after the November 6 meeting that the two countries were now working on a fresh set of proposals for troop disengagement at the various “friction points”, including the Pangong Tso-Chushul area, even as the harsh winter was providing a test of endurance for the rival armies deployed at heights over 15,000-feet.
India and China had agreed to refrain from taking any further military actions that could escalate tensions during the meeting between defence minister Rajnath Singh and his counterpart Gen Wei Fenghe on the sidelines of the Shanghai Cooperation Organisation (SCO) in Moscow on September 4.
Then, on September 10, foreign minister S Jaishankar and his counterpart Wang Yi had agreed on a five-point diplomatic consensus for disengagement and de-escalation.
“It was discussed by the defence ministers that it has to be an overall solution to the entire issue which brought this situation to the fore. Within those guidelines, we are discussing how to actually achieve it on the ground,” said Gen Naravane.
The Army chief dismissed reports about a shortage of extreme winter clothing and gear for soldiers deployed in eastern Ladakh. “There is no shortage whatsoever. All troops are equipped with the latest, newest clothing, equipment and weapons that they need to have,” he said.
“We cater for a certain number of troops at any point. The current situation required us to deploy additional troops and for them we had to go for certain emergency procurements,” he added.
The Army does “a fair deal of advance winter stocking” in Ladakh during the summer months to cater for the road-closure period from November to May. “This is a process we do year on year. It is quite a well-established procedure. We just had to ramp it up to cater to the additional numbers which are there,” he said.
Over 50,000 soldiers each from the two armies, backed by howitzers, tanks and surface-to-air missile systems, have been deployed in the high-altitude region since the confrontation erupted in early-May. (TNN)